STAR was developed by Bengaluru-based Tonbo Imaging, a start-up 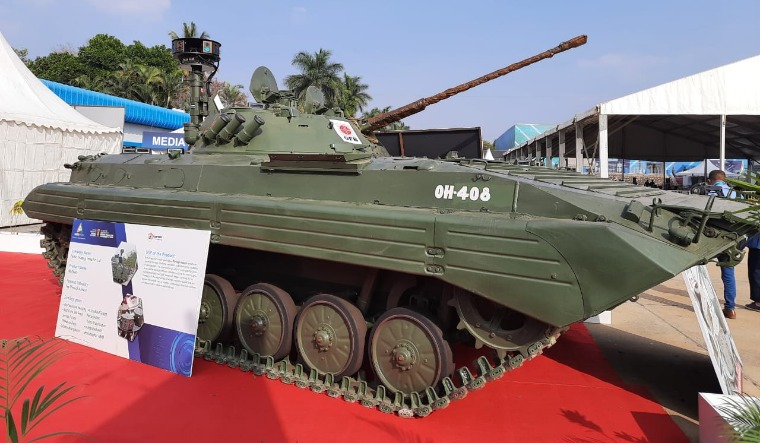 For the first time, an infantry combat vehicle has come out as the showstopper at an air show, instead of a sleek fighter jet.

The  STAR—See-Through Armour—system integrated on the Indian Army’s amphibious armoured fighting vehicle BMP-II Sarath is placed as the showstopper for the Aero India 2021, Asia’s biggest aerospace and defence exhibition.

And the reason for picking STAR is because a start-up, Tonbo Imaging, came out as a winner in a challenge thrown up during Defence India Startup Challenge under government’s iDEX (Innovation for Defence Excellence) initiative.

iDEX initiative was launched in 2018 by Prime Minister Narendra Modi during the DefExpo event held in Chennai with the objective to encourage and nurture innovation in the Indian defence sector. It was also aimed at creating an ecosystem where start-ups, MSMEs and individual innovators could interact easily with the Indian defence establishment to provide the latest technological innovations for specific challenges experienced in operational environments through co-development and co-production of innovative solutions.

The armour is designed and developed by the Bengaluru-based firm Tonbo Imaging, which builds advanced imaging and sensor systems to sense, understand and control challenging environments.

Their challenge was to overcome the Army’s handicap while operating such infantry combat vehicles, including dust, smoke, fog, camouflage and even darkness used to hamper vision on battlefields. It was the challenge placed before the start-ups.

Tested on the BMP-II Sarath, manufactured by OBF, STAR was integrated to provide the 360-degree panoramic view.

Explaining about STAR, retired commander Rajendra Kumar from Tonbo Imaging said the head-mounted display is a high-definition, mixed-reality eyepiece that displays images of the vehicle’s surroundings in a holographic form as if superimposed to the insides of the vehicle, thereby enabling the ‘see-through armour’ capability.

And it improves the crew’s spatial awareness by integrating a magnetic tracker that senses the head movement of the wearer and displays video from the same direction.

“The driver’s HMD can interface with the GPS system to display location-specific information for easier manoeuvring and situational assessment. The HMD also displays a wider coverage of targets tracked to the commander, for auto-threat analysis," Kumar said while adding that it helps the commander to prioritise targets in real time and hand over to gunner or engage the target, based on urgency.

He also said that they have started supplying advanced imaging and sensor systems for Rafale fighter aircraft.