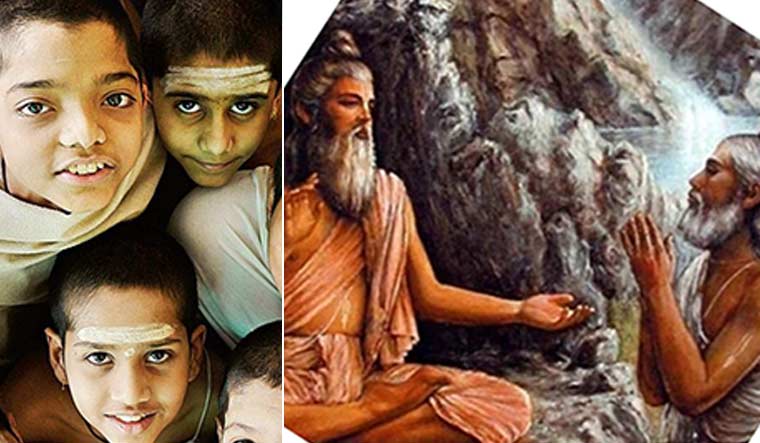 Imagine spotting children holding maces and swinging them in an open field, students in uniform reciting mantras to invoke positive energy and to improve focus, teens being taught about the science and technology mentioned in the Yajurveda and Atharvaveda—all this in the confines of modern buildings and AC classrooms.

With schools increasingly adopting international syllabi and emerging teaching methodologies, The Indian Vedic School wants to go back hundreds of years and impart ancient Indian forms of knowledge in a simplified curriculum with a touch of modernity.

The idea behind the proposed school comes from Hyderabad-based Vikram Raju. Raju says he came up with the school's founding principles after conducting exhaustive research on the Vedas.

“I was not very religious from my childhood but an incident made me curious about the ancient Hindu scriptures, epics and Vedas. The quest to understand the Vedas and gain ancient knowledge made me travel across the country, from Tamil Nadu temples to Kashmir where I met Brahmin scholars. I read a lot and also travelled to European and Asian countries in this process. I also visited various centres of learning in the country where Vedas are taught.”

He said he decided to establish this school because of his strong desire to transmit ancient knowledge.

“In Tirumala, only one type of Vedas is taught. In other centres, it is the same model. And [since] these Vedas run into 9,000 pages, [it] makes it tough for commoners to learn. So, I have decided to set up a school where all the simplified versions of Vedas are taught for students of different classes, which is not there anywhere else. I feel young minds can get a lot of knowledge just by understanding them.”

Alongside the Vedas, the school will also teach ancient Indian sports and martial arts like mace fighting, Gatka, Kalarippayattu and Silambham. There will also be separate classes on Upanishads, Puranas, the epics like Ramayana and Mahabharata, Vedic math, chakras and even music therapy utilising traditional music as a healing form. A Sanskrit learning centre will also be a part of the campus as per the master plan.

The school management is in talks with various state governments to start a full-fledged campus over 100 acres in or around Tirupathi. They also plan a support system to nurture future Vedic teachers and offer their families financial help. This includes a proposal to provide free education, accommodation, food and clothing for 100 Brahmin students for 12 years.