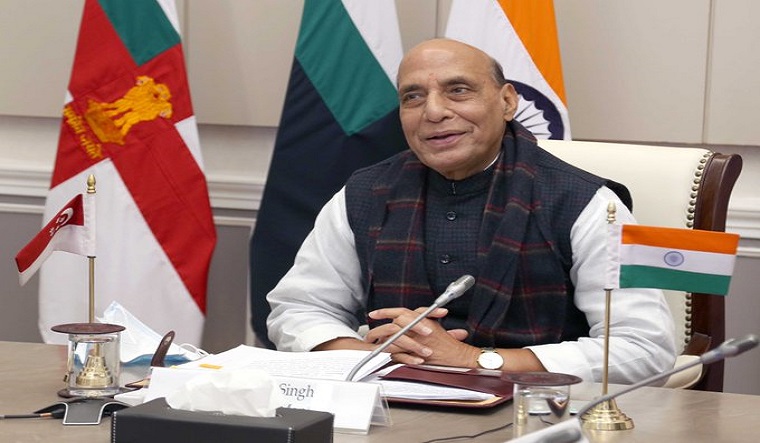 Extending military cooperation, India and Singapore on Wednesday signed the implementing agreement on Submarine rescue support and cooperation between the two Navies. Cementing their military ties, India had last year offered its integrated test range at Chandipur to Singapore to conduct test for its missiles and rockets by setting up joint test facilities under the Defence Testing Infrastructure Scheme of India.

Moreover, Singapore military carries out routine exercises of its mechanised forces at Babina, artillery at the Deolali, the military ranges of the Indian Army, and uses IAF's airbases to park its air assets including fighter jets F-16.

The submarine rescue support agreement was signed at the 5th Defence Ministers dialogue held virtually between Defence Minister Rajnath Singh and his Singapore counterpart Dr Ng Eng Hen, according to a ministry of defence statement. With this agreement, both countries can now utilitse their facilities for submarine rescue operations. Submarine support will be the follow up to Indian navy's agreement with Singapore to access each other's bases and reciprocal logistics support for warships. Naval ties between the two sides are aimed to keep an eye on the aggressive posturing of Chinese navy in the Indian Ocean Region.

“Both sides reviewed the progress of various bilateral defence cooperation initiatives being pursued over the last year and expressed commitment to further elevate the scale of engagements between the armed forces as well as in areas of defence technology and industry,” the statement said. Expressing satisfaction at the growing defence ties, the two ministers also discussed new areas of potential cooperation, it stated.

The two ministers also discussed the efforts of both countries in tackling the COVID-19 pandemic and the role of armed forces in the mitigation measures. Singh also highlighted the role of Indian armed forces in combating COVID-19 and “various missions undertaken to assist in repatriation of Indians stranded overseas”, the statement added.