The order came after all 100 samples samples test negative 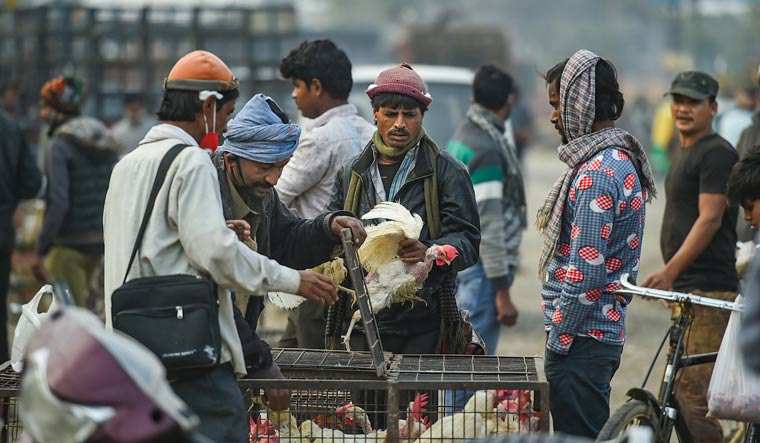 Delhi Chief Minister Arvind Kejriwal on Thursday issued directions to open the Ghazipur poultry market after all 100 samples collected from there tested negative for bird flu.

"Samples taken from poultry markets have tested negative with respect to Bird Flu. Have directed to open the poultry market &amp; withdraw the orders to restrict trade &amp; import of chicken stocks," the chief minister tweeted.

Earlier in the day, a senior official of the Delhi animal husbandry unit said there is no spread of bird flu among chickens in Delhi as all the 100 samples taken from Asia's largest poultry market in Ghazipur have tested negative.

The results come a day after civic authorities imposed a temporary ban on sale and storage of poultry or processed chicken meat in view of the bird flu situation here.

Earlier, samples taken from crows and ducks at parks and lakes in the national capital tested positive for avian influenza.

This had led to banning of sale of processed and packaged chicken brought from outside the city and shutting the wholesale poultry market in east Delhi for 10 days as a precautionary measure by the Delhi government on Monday.

The Ghazipur market located on the Delhi-Uttar Pradesh border is a key supplier of poultry products in the region. Chickens, geese, ducks and turkey are among the poultry birds bred by farmers for their eggs and meat.