Who is Vijaya Gadde, the Twitter legal chief who led Trump ban? 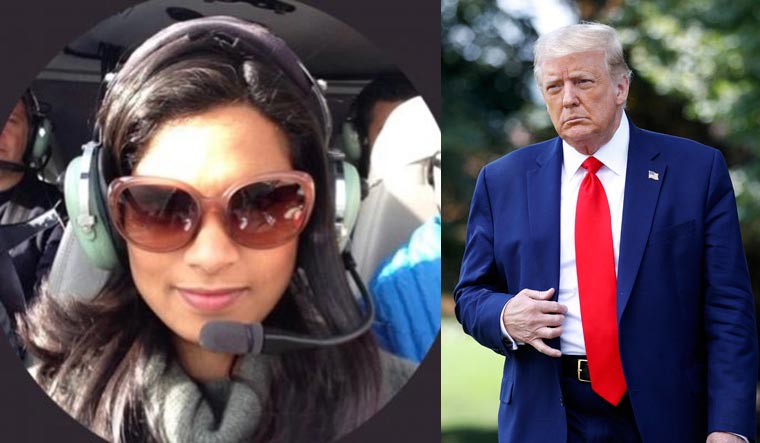 From nations threatening nuclear apocalypse to domestic politicians threatening impeachment, US President Donald Trump has had his share of threats in response to his habit of tweeting without restraint. However, what was perhaps the most stinging retribution to the President’s actions yet have come in his final weeks of holding office, as social media platforms Facebook and Twitter both removed his ability to post.

As it turns out, an Indian-American, Vijaya Gadde, spearheaded the decision to suspend Trump’s Twitter account—his primary means of communication and the most followed political leader’s account in the world.

Gadde, Twitter’s Legal, Policy and Trust and Safety Lead, has authored several posts outlining the company’s policies in the run-up to and aftermath of the election.

“After close review of recent Tweets from the @realDonaldTrump account and the context around them—specifically how they are being received and interpreted on and off Twitter—we have permanently suspended the account due to the risk of further incitement of violence,” Twitter wrote in a blog post after the January 6 storming of the US Capitol.

“In the context of horrific events this week, we made it clear on Wednesday that additional violations of the Twitter Rules would potentially result in this very course of action. Our public interest framework exists to enable the public to hear from elected officials and world leaders directly. It is built on a principle that the people have a right to hold power to account in the open,” it read.

Gadde had tweeted at the time, saying, “The account of @realDonaldTrump has been permanently suspended from Twitter due to the risk of further violence,” linking to the company’s policy enforcement analysis.

In January, Bloomberg called her the “final word” on blocking tweets. This was months before the company began flagging the President’s tweets for misinformation in the run-up to and aftermath of the 2020 US election. While Jack Dorsey is the CEO, he prefers a hands-off approach to such legal matters, entrusting Gadde with the important task.

“My team has the responsibility to do that with every single individual who uses Twitter, whether it’s the president of a country or it’s an activist or it’s somebody we don’t know,” she told Bloomberg. “I honestly do my best to treat everyone with that same degree of respect.”

Born in India, she moved to the US as a child and grew up in Texas, where her father worked as a chemical engineer on oil refineries in the Gulf of Mexico. The Gadde family then moved to the east coast, where Vijaya completed her high school in New Jersey, ANI reported. She graduated from Cornell University and the new York University Law School. After joining Twitter in 2011, she worked to mould the companies policies as it grappled with becoming one of the primary modes of communications for world leaders.

Gadde had accompanied Dorsey when he met Prime Minister Narendra Modi in 2018, and was in the Oval Office when Dorsey met with Trump in 2019. She was featured in InStyle’s “Badass 50” list of women changing the world. She is also the co-founder of Angels, an investment collective that backs start-ups and helps ensure that women receive equal compensation at successful companies.