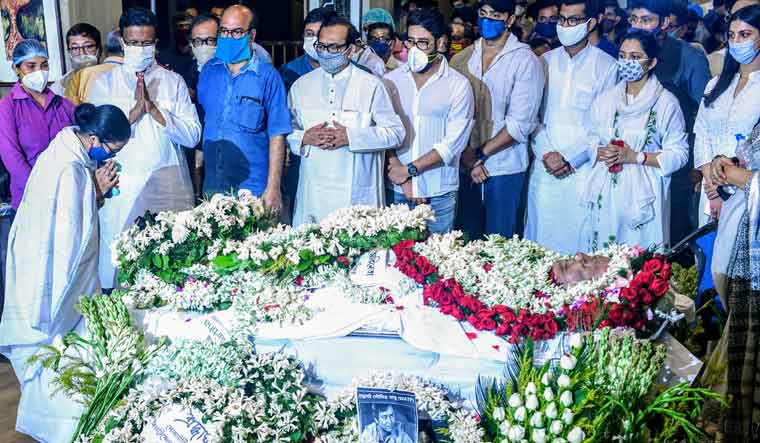 On a day when the state was mourning the loss of legendary Bengali actor Soumitra Chatterjee, who succumbed to post-COVID-19 ailments after battling on for 40 days, came another shocker.

The number of daily tests for COVID-19 went down by around 7,000, with sources in the West Bengal health department blaming Diwali for fewer number of tests. Fifty-one people died in the state today. There was, however, no slump in the number of tests in other states due to Diwali.

Interestingly, this on a day when the Delhi government decided to double the number of tests after an emergency meeting chaired by Union Home Minister Amit Shah, in the wake of increasing COVID-19 cases in the national capital.

Despite the COVID-19 situation in the state, Chief Minister Mamata Banerjee joined the last journey of the legendary actor, which also saw CPI(M) leaders, led by politburo member Biman Bose. The political rivals were joined by thousands of people, too, who came to pay their last respects to Chatterjee.

Though a die-hard supporter of Left politics, the TMC government took special care of Chatterjee, which was acknowledged by his daughter. Government doctors joined the private hospital in Kolkata, where Chatterjee was being treated, to set up a special medical board for him.

While netizens appreciated the efforts of the state government to provide the best care for Chatterjee, many questioned the "political march" amid the pandemic, in the event of his death.

What irked them was the dip in the number of tests. The state is testing just over 38,000 daily while most states, including Bihar, is testing more than double. West Bengal has so far only conducted around 52 lakh tests.

"Frankly speaking, I am speechless. How could this happen? So few tests and so tragic," said a senior doctor in Kolkata.

The fears have been compounded by the onset of winter, when the virus is expected to spread further.

Also, with assembly elections due next year, the state will see hectic political activities, which may further aggravate the COVID-19 situation in the state.

In such scenario, a dip in the number of COVID-19 tests may prove fatal for the state, doctors say.