#GoBack Stalin trends on Twitter; BJP says it is 'karma' 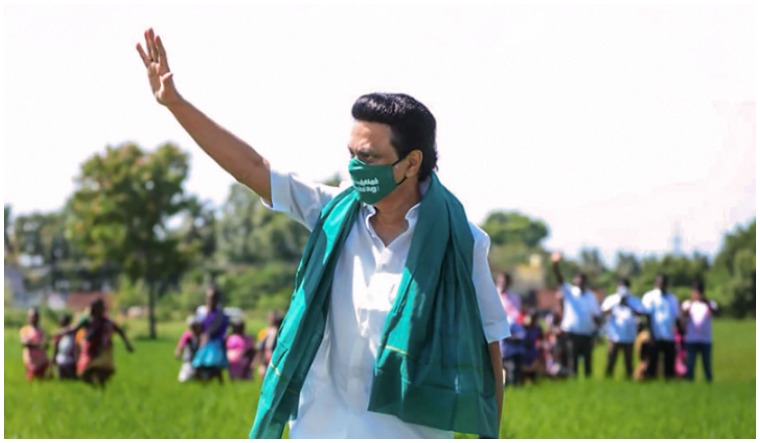 DMK president M.K. Stalin, on Friday, visited Ramanathapuram district to pay homage to Muthuramalinga Thevar on the occasion of the freedom fighter's guru puja while #GoBackStalin trended on Twitter.

As the hashtag trended for more than nine hours, BJP latched on to the development to mock at the DMK which it had earlier accused of being behind a similar social media trend against prime minister Narendra Modi in the past.

Senior BJP leader H. Raja said Stalin had to face it even while he was in his home state Tamil Nadu. "This is Karma," Raja said and quoted a couplet from Thirukkural which meant that what was done to others would revisit them.

BJP spokesperson S.G. Suryah said,"DMK gets a taste of its own medicine, #GoBackStalin."

Using the hashtag, several users hit out at Stalin and some recalled accusations against the DMK regime (2006-11) like "permanent power cuts."

It was also discussed on other social media platforms.

Later, #TNwithMKStalin also started trending with many hailing the DMK chief as the "hope" for Tamil Nadu people.

In the past, during the visits of Modi and Home Minister Amit Shah they had faced such trends on Twitter and balloons embossed with words 'GoBack' were also released in several places.

Stalin visited Pasumpon village in Ramanathapuram and paid floral tributes on the occasion of the leader's 113th birth anniversary and Guru Puja observance. The DMK chief said he was happy for having visited Pasumpon and paid respects to the freedom fighter.