COVID-19 peaked in September, should taper off by February 2021 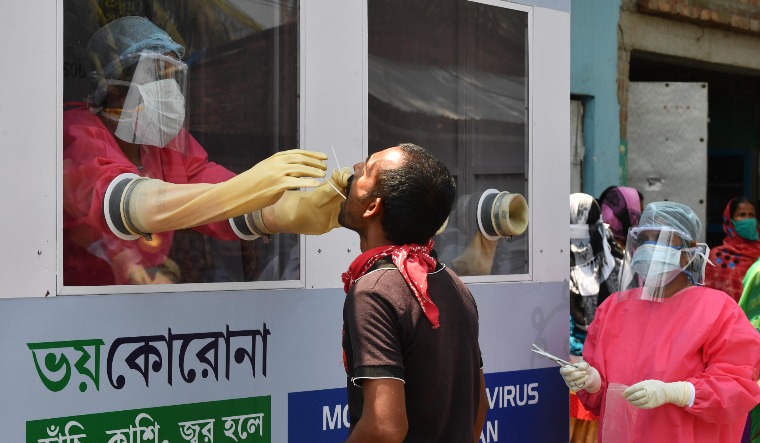 COVID-19 peaked in India around mid-September and, if Indians continue to follow the same precautions that are in force right now—social distancing, masks and handwashing—the pandemic should taper off by February 2021. The cumulative symptomatic infections by then will reach around 1.06 crore (there are 66 lakh cumulative symptomatic cases as of Sunday). These are the projections of the National Supermodel committee for COVID-19 progression, an initiative of the Ministry of Science and Technology’s Department of Science and Technology.

The supermodel committee, which was initiated in May, has eminent members of the scientific community from across the country’s leading institutes.

The committee for the supermodel held a virtual press meet on Sunday to unveil its projections. M. Vidyasagar from IIT Hyderabad, who addressed the meet, said that as of today, 30 per cent of the country is projected to have developed antibodies to the SARS-CoV-2, which is “good news”. He also said that as per their mathematical projections, the cumulative mortality from the pandemic in India by the end of February next year would be 0.04 per cent of total cases.

The committee was mandated to look into parameters that included the timing of the lockdown and the impact of migration on the spread of the infection, the current as well as projected scenarios. Vidyasagar said that had India not gone into lockdown in March, the total number of infections would have “gone through the roof'” much earlier in June, and 15 times higher than the actual scenario. He said that the decision to take the lockdown, and its timeliness, were both spot on. The lockdown pushed the peak from end May-early June to mid-September, thus giving time for the authorities to ramp up the infrastructure required to deal with the situation. 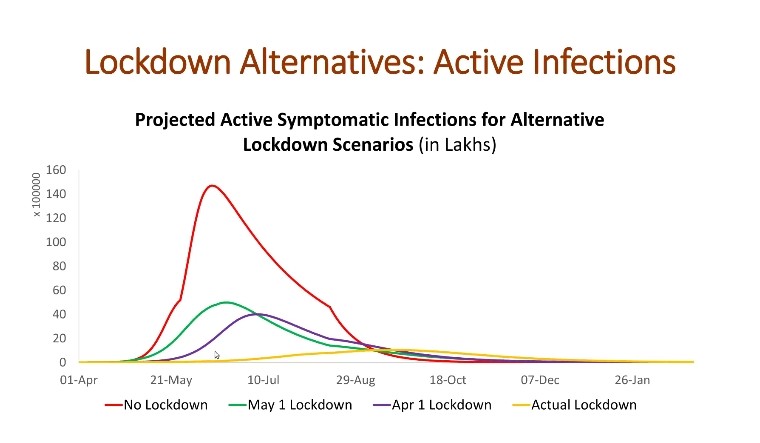 “Without a lockdown, the number of asymptomatic cases would have reached 1.4 crore during the peak in June, right now the numbers are estimated to be below 10 lakh. Twenty lakh would have required hospitalisation, as against the present number of six lakh. Deaths by August would have surpassed the 25-lakh mark, instead of the 1.1 lakh dead as of now,” he said.

The scientists prepared mathematical models based on various situations and concluded that a delayed lockdown, between April to May, would still have led to a higher load of infection than at present. He said the peak would have happened in July with around 50 lakh symptomatic cases, and the deaths would have been between six to 10 lakh. 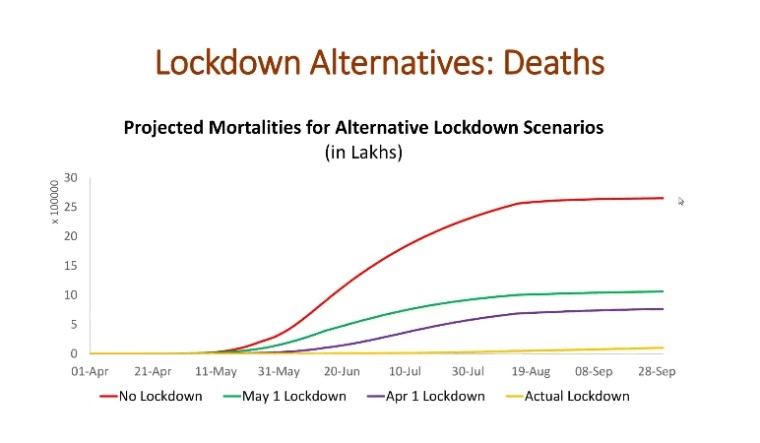 The supermodel projections also say that there was no significant multiplier effect in infections with the migrations that the lockdown triggered. They used actual figures from Bihar and Uttar Pradesh, the two states with the maximum return migration load and concluded that actual figures were below the projected ones.

“This demonstrates the effectiveness of migrant quarantining,” said Lt Gen Madhuri Kantikar, also a member of the supermodel committee.

The mathematical models, however, reveal that there is not much to gain from extending lockdown, except in localised areas with heavy infection load.

The scientists, warn, however, that the present graphs will be applicable only if people continue to maintain social distancing and wear face masks and observe hand hygiene. They predict that the festive season, plus winter, will both lead to an increase in infections.

“The best way to celebrate will be at home,” Kantikar said. The model studied the impact of Onam in Kerala. During the state’s biggest festival season, the infection load increased by 32 per cent and the effectiveness of the medial response system fell by 22 per cent.

With 30 per cent of the country already having antibodies, Vidyasagar said, it was good news, but he pointed out that it was not time to lower the guard in any way. Asymptomatic cases are a unique feature of COVID-19, and they can spread infection.

Kantikar explained that the death figures in India might be lower because India is a relatively younger country compared to the ageing west. “Also, most of our seniors are at home, and they have not yet been exposed to the virus, unlike in Europe, where they were in institutional care. But since they do not have antibodies to the virus, they are very vulnerable and should be the first recipients of the vaccine, when it comes,” she said.