OPINION: India has to choose between path to progress or dismemberment 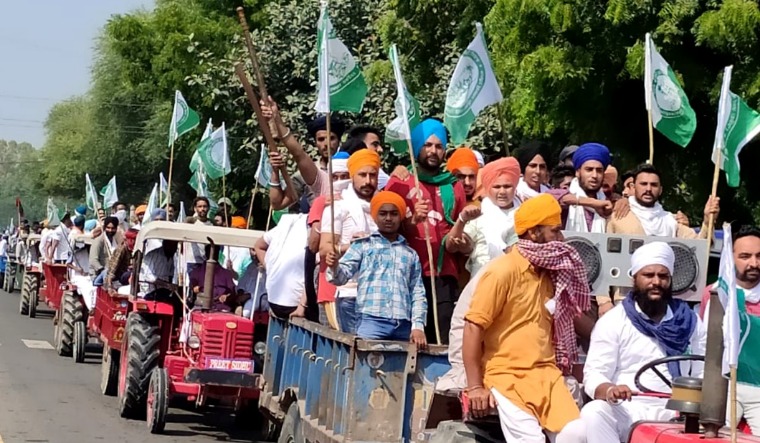 In my opinion, future world history will now depend much on what happens in India. Let me explain:

2. The objective of the underdeveloped countries must be to transform themselves into highly developed and industrialised countries, for only then can they abolish the great evils of massive poverty, unemployment, malnourishment, lack of healthcare, good education for the masses and so forth. The 21st century will therefore be characterised as the century in which this great historical transformation takes place in the underdeveloped world.

3. India is the most developed of the underdeveloped countries. It has all that is required to become a highly developed country—a huge pool of technical talent (its IT engineers are largely manning Silicon Valley in California and Indian professors are to be found in the science, mathematics and engineering departments of many American and Western universities and in Western medical colleges and hospitals) and it has immense natural resources. Thus if it has modern-minded, scientific and patriotic leaders, India is poised to burst into the ranks of the highly developed countries and will provide leadership to the rest of the underdeveloped world.

4. India can thus be conceived of as an atom, which has tremendous energy stored inside it, but which can be liberated only by scientific understanding of its nature and applying scientific techniques.

5. Unfortunately, since long, Indians have been brainwashed with falsehoods and feudal prejudices. For example, the Mughals are often depicted as aliens, looters, tyrants and oppressors by some bigoted persons just because they were Muslims, though the truth is that India prospered greatly under Mughal rule, and had then about 30 per cent of the world trade (as compared with only about 1.8 per cent today).

6. India has now two paths open to it to follow: (a) Be led by modern-minded leaders, so that it can wage a historical united people's struggle, which no doubt will require great sacrifices, but will ultimately result in establishment of a political and social order that creates a highly developed and highly prosperous nation like those in the developed world, or (b) the path of its destruction and dismemberment and further impoverishment, if it continues on the path of communalism, casteism, superstitions, feudal practices and thinking and so forth and is embroiled in internal strife.

7. If India follows the first path, that will not only result in its own prosperity but will also set an example for other underdeveloped nations to follow suit. India will thus give leadership to the entire poor underdeveloped world. On the other hand, if it follows the second path, it will not only be catastrophic for itself, it will also be a tremendous setback for all underdeveloped countries that were looking for its leadership, and will greatly delay the historical transformation mentioned above.

It is time for Indians to choose which path to follow.