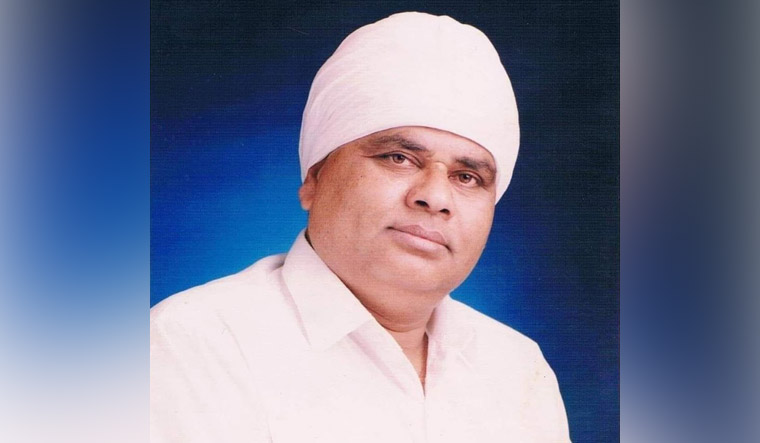 Phool Singh Baraiya, the Congress candidate for the Bhander by-poll seat | Image via his Facebook

A complaint has been made to the Election Commission against Congress by-poll candidate for Bhander seat and prominent dalit leader Phool Singh Baraiya, after two videos allegedly of him making objectionable caste-based and sexist comments went viral over social media.

The activist has attached the videos of Baraiya while seeking action against him for making comments that could lead to communal and caste-based discord and also to disrespect women and create an atmosphere of terror and insecurity amongst them.

One of the videos, which The WEEK couldn’t verify to be of the by-poll campaign, shows Baraiya saying that Muslims and dalits were children of same parents and if they awaken and get united then the 15 per cent upper caste people will have a cause to worry. He also says in the video that upper caste people can’t throw out Muslims from the country, rather they will be thrown out as they were outsiders.

In another video from a different meet (also could not be verified as election campaign), Baraiya is seen saying that the women of upper caste households should be fed ladoos in the garb of prasad (offering to God) so that they turn untouchable and are left at the homes of people considered untouchable by their families.

In his complaint, Dubey has demanded strong legal action not only against Baraiya, but also against the Congress party including the cancellation of its recognition, so that none of the parties in future try to create communal and caste-based disharmony or disrespect women.

The BJP has also attacked the Congress and its candidate, calling Baraiya’s statements highly objectionable and shameful. BJP spokesperson Rajnish Agrawal, while talking to The WEEK, said that the comments were made at an election campaign meeting by a Congress candidate in presence of a former minister (Lakhan Yadav) and were clearly aimed that creating disharmony among people, to create tensions that could lead to caste or community-based clashes. He added that it was also worth noticing that the MP Congress chief Kamal Nath has taken no action against the candidate.

However, the Congress has attempted to distance itself from the comments, saying that the videos were old and perhaps edited and Baraiya never made such comments after joining the Congress party. Narendra Saluja, media coordinator of MP Congress chief Kamal Nath said that even the Congress has videos where BJP Rajya Sabha member Jyotiraditya Scindia (earlier with Congress) could be heard calling Chief Minister Shivraj Singh Chouhan objectionable names.