Hathras 2.0: Yet another dalit woman gangraped and killed in UP's Balrampur

Police identified the accused as Shahid and Sahil and arrested them 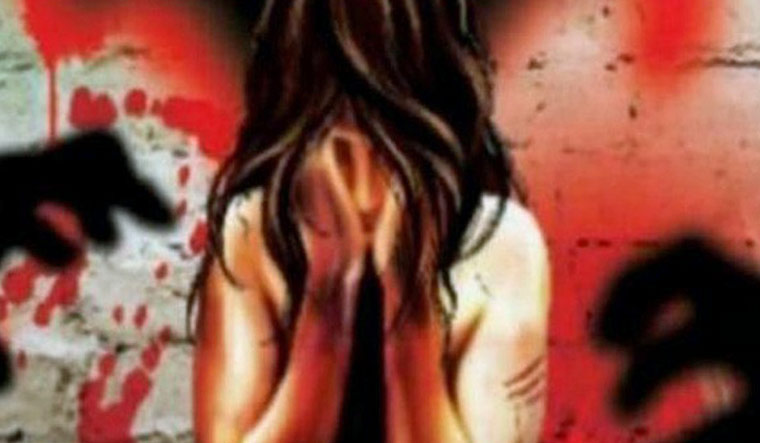 Even as the country reels under the brutal rape and murder of a dalit woman in Uttar Pradesh's Hathras, another similar incident was reported in the state's Balrampur district. According to multiple reports, a 22-year-old dalit teen was abducted on her way to work, and she returned home late, in a state of a daze and injected with an unknown substance.

She had stepped out of her home in the village of Majhauli at 10am to go to Pachpherwa to seek admission in a college. The woman also worked for a local NGO. The area falls under the Gaisadi thana. When she did not get back by 4pm, her family members called her cell phone but the call went unanswered. At 8pm, a rickshaw puller dropped off the woman home.

Her mother said, “My child was disabled. Her legs and back were broken. She could neither get up nor speak properly. After some time, she began to complain of extreme discomfort. I kept asking her kya hua, kya hua [what happened]". The family rushed with her to the district hospital, with a drip attached to her, but she died on the way. The woman’s mother said that two men had injected her with a substance and then taken her to a room.

According to the police at 5.30pm, a local youth had asked a doctor to come and treat the woman. When the doctor reached the spot, he found the unconscious woman and refused to treat her till her family was informed. After darkness set in, the man with his accomplice hired a rickshaw to drop the woman back at her home. The rickshaw that brought her home was soaked in blood. Her footwear has also been recovered from the path which the rickshaw took.

The woman’s brother has filed a written complaint against two men who have been arrested.

Dev Ranjan Verma, the Balrampur Superintendent of Police said that the postmortem did not reveal that the woman’s limbs had been broken. “We have arrested the accused and will complete our investigations quickly. The case will be tried in a fast track court”, he said.

Reacting to the incident, Samajwadi Party supremo Akhilesh Yadav said, "After Hathras, now a daughter was harassed and gangraped in Balrampur. The victim died in serious condition. Condolences! The BJP government should commit no laxity in this case as was done in Hathras and arrest the accused immediately," he added with hashtags #Balrampur and #NoMoreBJP on Twitter.

The incident comes close on the heels of the brutal Hathras gangrape. The victim was raped by four upper caste men on September 14 and referred to Safdarjung Hospital, and subsequently AIIMS, in Delhi with spinal injuries, paralysis and cuts in her tongue. The NHRC had issued notices to the Uttar Pradesh government and the state's police chief in connection to the case.

The NHRC observed that the young woman belonging to the Scheduled Caste community was subjected to sexual harassment and brutality. "It is apparent that the police was not able to take timely action to trace and save the victim due to which she could not be saved from being subjected to grave cruelty," it said. "The way the perpetrators have acted shows that they had no fear of law in their mind. The family has suffered an irrevocable loss. A young and a precious human life has been lost," the rights panel added. Not only this, there are also allegations made by the family that the "police forcibly took away the body of the deceased for cremation" as have been reported in the media, the statement said.

A plea was even moved in the Supreme Court on Wednesday seeking directions for handing over the case to the CBI or a Special Investigation Team.

Workers of several opposition parties protested in parts of Uttar Pradesh on Wednesday against the gangrape. Congress and Balmiki Samaj members clashed with police at several places in Hathras. Reports of stone-pelting and a motorcycle being set ablaze were also received. State Congress chief Ajay Kumar Lallu led a group of protesters to the chief minister's residence at 5 Kalidas Marg in Lucknow but were stopped by police.

Party leader Lalan Kumar said several Congress workers were injured in baton charge by police. "Lallu was bodily stopped by the policemen, who were deployed in large numbers, and he, along with others, was held and taken to the Eco Garden," Kumar said.

The Samajwadi party also tried to march to the CM residence but they too were asked to stop and lathicharged, a senior party leader said, accusing the BJP government in Uttar Pradesh of "suppressing the democratic rights" of opposition parties.