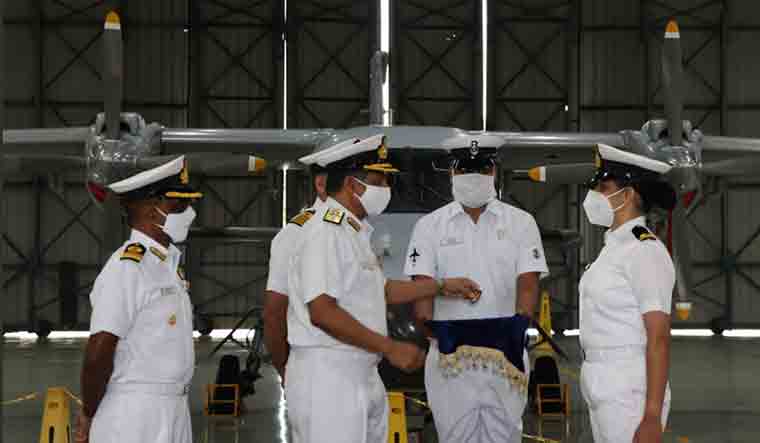 In a historic first, two Indian Navy women officers have qualified to be deployed on a frontline warship as part of crew, while a woman pilot is being trained to join the Rafale fighter jet fleet.

Sub Lt Kumudini Tyagi and Sub Lt Riti Singh are set to join as “Observers” (Airborne Tacticians) in the helicopter stream. Earlier, entry of women was restricted to fixed wing aircraft that operated from shore.

Incidentally, the Indian Air Force is also providing training to a woman fighter pilot to join India's Rafale fleet. The woman pilot who is already flying MiG 21 will soon join Ambala-based Golden Arrows squadron of Rafale. So far, the IAF has got five Rafale jets from France and additional four are expected to arrive by next month. IAF is already carrying familiarisation sortie of Rafale jets in Ladakh sector as process of operational conversion. Identity of the woman pilot has been kept secret owing to service sensitivity.

Rear Admiral Antony George, Chief Staff Officer (Training), while complementing the graduating officers, highlighted the fact that it is a landmark occasion wherein for the first-time women are going to be trained in helicopter operations which would ultimately pave way for the deployment of women in frontline warships of the Indian Navy.

The Indian Navy claims that the officers were trained in air navigation, flying procedures, tactics employed in air warfare, anti-submarine warfare and exploitation of airborne avionic systems. "These officers would serve on-board Maritime Reconnaissance and Anti-Submarine Warfare aircraft of the Indian Navy and Indian Coast Guard," the Indian Navy said.  Women officers have already been part of the Navy's maritime reconnaissance fleet of Boing P8 I at INS Rajali, where they are given combat roles.