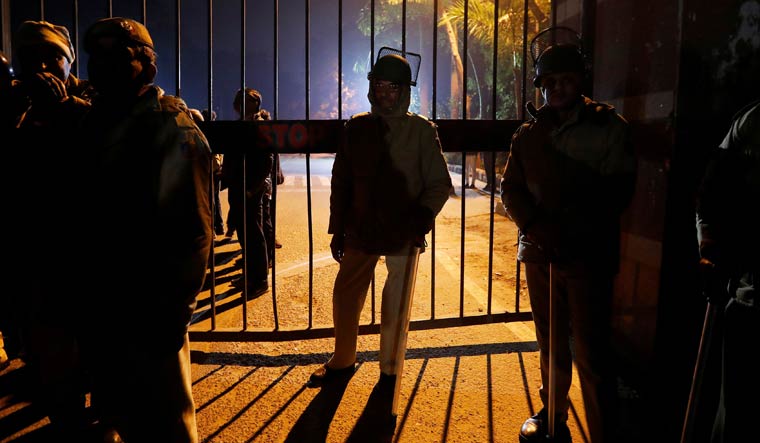 The Delhi police on Wednesday filed its first charge sheet in the Delhi riots case, but have not named political activist Umar Khalid, Faisal Farooqui and four others in its charge sheet. In total, 15 accused have now been charge-sheeted out of the 21 persons arrested so far under various sections of the Arms Act, Unlawful Activities Prevention Act and Indian Penal Code.

The remaining six people are expected to be charge-sheeted in due course after collecting sufficient evidence and completing statutory and procedural requirements, said Delhi Police officials.

The charge-sheet runs into 11 volumes, totalling over 17,000 pages. Over 16,000 PCR calls were received and a total of 751 cases were registered by the Delhi Police in connection with the riots. 59 cases were assigned to a special investigative team constituted in the Crime Branch, 691 cases were investigated by the district police and one case which was registered on March 6, 2020, to investigate a larger conspiracy behind these riots was assigned to the Special Cell.

In the course of investigating the 750 FIRs filed over specific offences committed during the riots, 12 pistols, 121 empty cartridges, 92live cartridges, 61 glass bottles filled with noxious chemicals and an assortment of sharp-edged weapons have been seized so far by Delhi Police.

It took 195 days for the special cell to complete the first phase of the investigation.

During this period, 747 witnesses were examined and approximately 75 electronic devices were seized as part of the investigation.

“Based upon scientific, documentary and testimonial evidence, a total number of 15 accused have now been charge-sheeted out of the 21 persons arrested so far,” said an official statement. Further investigation into the matter is continuing and supplementary charge-sheets are likely to be filed in due course.

The riots which broke out in parts of northeast Delhi in February 2020 claimed 53 lives and left 583 injured, in addition to widespread destruction and damage of both government and private property. Over Rs 20 crore of claims for compensation of the loss of property has been filed before the Delhi government, indicating the scale and immense cost of the tragedy.