Amid China-Iran bonhomie, India strives to gain on Tehran with high-profile visits 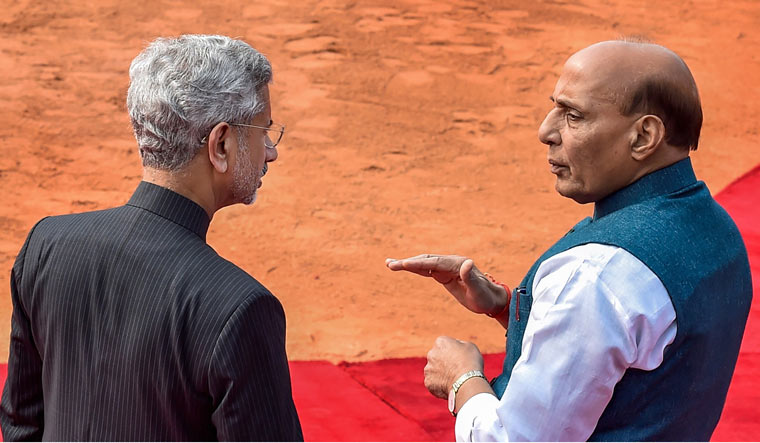 India is on an 'Iran reach out' mission. Tehran has become a favourite stop for India in the past week. External Affairs Minister S. Jaishankar is expected to stop at Tehran on his way to Moscow. Jaishankar's stopover comes on the heels of the visit to Tehran by Defence Minister Rajnath Singh on Saturday.

While Singh brought up the tension in the Persian Gulf—between US, UAE and Iran—in his speech at the Shanghai Cooperation Organisation, stressing on resolution of “differences by dialogue based on mutual respect, sovereignty and non-interference in internal affairs of each other,” these visits come at a time when the situation on the LAC is volatile. With Iran and China inching closer with a 25 year-deal, and India and China certainly headed apart, the timing of these visits is significant.

Jaishankar is expected to meet Iranian Foreign Minister Mohammad Javad Zarif after December. The Chabahar port is undoubtedly a priority for India, especially at a time when the next step of the Taliban agreement with the US, the intra-Afghan talks in Doha, is likely to be announced soon. The region and security will be part of the discussion.

In July, Iran had expressed unhappiness over the slow progress of the Chabahar port. There were reports that Iran had chosen to leave India out of the railway project to build a rail line from Chabahar port to Zahedan, along the border with Afghanistan because of “funding delays”. What complicated matters was deputy to Iran's Ports and Maritime Organisation, Farhad Montaser, claiming that Iran had no agreement with India on building the railway line. The simmering tensions between India and Iran over India’s cutting down oil imports to zero had also come to a head.

India had swung into action over the confusion regarding the railway project and a tweet from the Indian embassy in Iran said Indian Ambassador Gaddam Dharmendra was "invited by Saeed Rasouli, Deputy Minister Roads and Head of Iran Railways, to review ongoing cooperation on Chabahar-Zahedan railway. Rasouli stated that vested interests were behind recent reports that Iran excluded India from Chabahar-Zahedan railway." But the signal was clear that India needed to find a way to make nice with Iran.

The visits are therefore, an attempt by India, to demonstrate that Iran does matter. The visits also come at a time when there has been a major shift with UAE signing a deal with Israel.

Iran may have civilisational links with India—a term that is often used by diplomats on both sides—but China is emerging an important player in the country. With China-Pakistan dynamics already established, India will want to ensure that it keeps Iran firmly as an ally.

The Iran-China deal is being watched closely by the world, especially at a time when China’s belligerence is growing. China already is the largest crude importer from Iran. Iran-China trade was $20.7bn during the last Iranian year, which ended in March, according to Iran’s customs administration. The proximity of the two has grown during the pandemic, with Iranian foreign minister tweeting in Mandarin as well. While details of the deal are still not known, India will certainly be paying close attention.