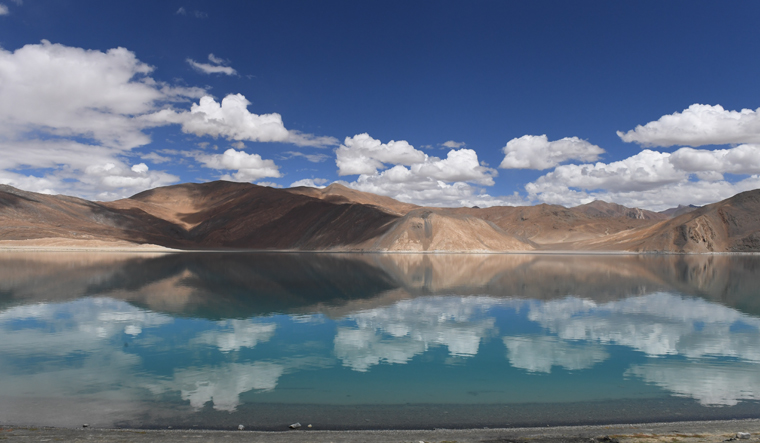 China has opened a new front opposite Rezang La and Reqin La in the Chushul sector with massive deployments of troops and artillery support of the People’s Liberation Army. In retaliation, the Indian side has also mobilised its troops to prevent any misadventures by the Chinese.These are the places where the battle of Rezang La was fought in 1962.

Close to the southern bank of Pangong Tso, Indian troops have taken control of some heights which were placed in the "grey zone" on the Line of Actual Control. Grey zone is the disputed area, on which both sides make their claims.

"Till date, these heights close to Reqin La and Rezang La were neither occupied by India nor by Chinese PLA. These locations are strategically important for India, as it gives [a] complete view of the Spanggur Gap, China’s Moldo Garrison and also of Spanggur lake. Indian forces have taken control of these heights, which has irked the Chinese," said an official privy to the developments in Eastern Ladakh.

It means, Indian troops are sitting on the dominating heights atop a ridgeline connecting the south bank of Pangong Tso to Spanggur Tso going through Chushul-Rezang La. Their positions extend up to Requin La, overlooking the crucial PLA camp in Moldo. Renchin La, which is also known as Reqin La in Chinese, is among the 13 identified routes of ingress by Chinese military in case of a war, as these routes are through natural gaps in mountains.

A massive deployment of Indian troops with the support of a regiment of T-90 tanks in range of the vulnerable Spanggur pass at Chushul is positioned to thwart any possible Chinese ingress.

Brigadier-level talks are underway at Chushul-Moldo Border Personnel Meeting point to control the temper of both Indian and Chinese troops, as they are in an eyeball-to-eyeball situation at several locations. India has urged China to discipline and control its frontline troops. The Chinese military had made similar attempts in the southern bank of Pangong Tso on August 31, when military talks were on to control the situation.

Meanwhile, Chinese Foreign Ministry spokesperson Hua Chunying denied reports of the killing of an Indian soldier in the Saturday clash.

"As Indian side claimed that Indian troops pre-empted the Chinese military activity, it fully demonstrated that the new-border clash was caused by Indian troops illegal trespassing of the line of actual control," Chunyin said.