Mukherjee had tested COVID-19 positive before undergoing a brain surgery 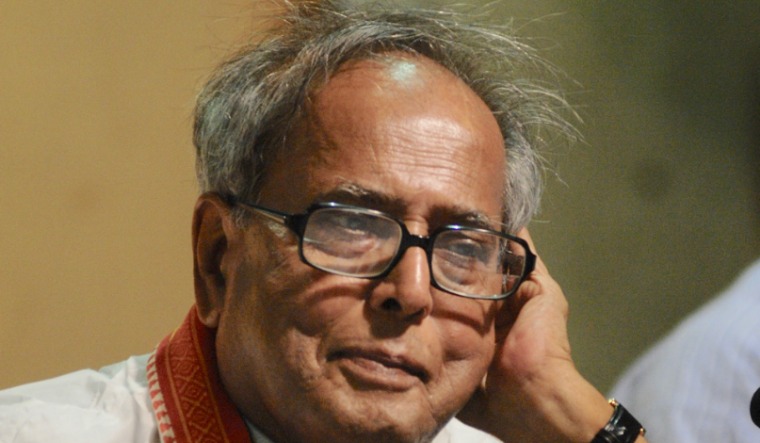 Former president and senior Congress leader Pranab Mukherjee passed away on Monday at a Delhi hospital on Wednesday at the age of 84. He was not keeping well for quite some time and had undergone a brain surgery at Army's R&R hospital in Delhi. Prior to the surgery, he had also tested positive for COVID-19.

A powerful orator and scholar, Mukherjee was the 13th president of India from 2012 to 2017. Before being elected to the top post, he was the finance minister in the Manmohan Singh government from 2009 to 2012. He also headed defence and external affairs portfolios in the first UPA government.

The veteran politician was awarded Bharat Ratna, the highest civilian honour, in 2019.

Born in a small village of Mirati in Birbhum district of West Bengal in 1935 to freedom fighters Kamada Kinkar Mukherjee and Rajlakshmi, Mukherjee worked as an upper division clerk and an assistant professor before breaking into politics in 1969 when he was elected to Rajya Sabha on a Congress ticket. He was then prime minister Indira Gandhi's most trusted lieutenant and became a minister in her cabinet in 1973.

However, following the assassination of Indira Gandhi in 1984, Mukherjee quit the Congress and formed his own party, the Rashtriya Samajwadi Congress. In 1989, he merged it with the Congress.

He has also served as the chairman of Planning Commission during the government of P.V. Narasimha Rao.

Well respected across the political circles, Mukherjee was voted as the Outstanding Parliamentarian by the Indian Parliamentary Group in 1997. He has also authored several books on the Indian economy and nation building.

Mukherjee is survived by his two sons—Abhijit Mukherjee and Indrajit Mukherjee—and daughter Sharmistha Mukherjee. His wife Surva Mukherjee died in 2015 after a cardiac arrest.

Abhijit is a Congress MP from Jangipur while Sharmistha is an accomplished Kathak dancer and a member of the Congress party.