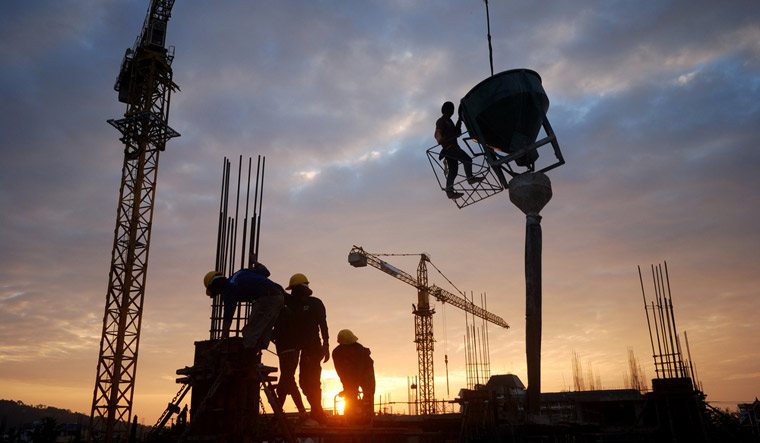 In a country where recycling is almost second nature, the findings of a study by the Centre for Science and Environment (CSE) is revealing.

It says that India manages to recover and recycle only about one per cent of its construction and demolition (C&D) waste. The rest remains strewn in landfills, or as eyesores in the landscape.

Official estimates by the Building Material Promotion Council, India, put the C&D annual generation at 150 million tonnes, but according to CSE, the unofficial estimates are 35 times this figure.  The official recycling capacity is only 6,500 tonnes per day. The CSE report, `Another brick off the wall: Improving construction and demolition waste management in Indian cities’, was released recently. CSE director general Sunita Narain noted that while 53 cities were expected to set up recycling facilities to recover material from C&D waste by 2017, only 13 cities managed that by 2020. “This is unacceptable when the demand for primary building material, including minerals, stone, sand, iron ore, aluminium and timber is growing at an unprecedented rate,'' she said.

A significant proportion of the waste can be brought back to construction to substitute naturally sourced material. “This demands a circular economy that can turn C&D waste into a resource. This can help reduce energy intensity and environmental footprints of buildings and infrastructure,'' Narain said.

Anumita Roychowdhury, executive director, research and advocacy, CSE, added that these heaps of construction waste choke waterbodies and public spaces. The toxic dust particles from the debris pollute the air.

The sad part is that the authorities have removed many legal hurdles for using recycled C&D material for construction, so there should be actually no need for the material to lie unused. The Bureau of Indian Standards allows used of concrete made form processed C&D waste. The Construction and Demolition Waste Rules and Regulations of 2016, too, have mandated the use of recycled material.

Even the Swachh Bharat Mission has recognised the need for C&D waste management, the report points out. Ranking points for Swachh Survekshan 2021, an annual ranking of cities based on several parameters of cleanliness, have been doubled to 100 points, divided equally between management infrastructure and waste processing efficiency. Cities will now need to have a C&D waste collection system in place. Roychowdhury said that while this recognition offered an opportunity, cities will need strong preparedness.

The report goes on to detail the challenges which cities might face in managing their C&D waste and to recommend solutions. For instance, the government encourage recycling, the Central Public Works Department has already adopted guidelines for using recycled products. In fact, the new building, in the Supreme Court complex, has used recycled material. However, recycled C&D waste products are taxed higher than conventional building material, which is a disincentive.

The report recommends that cities need to characterise their C&D waste in the management plan, identify land for collection and recycling and have a mandatory adoption of demolition management strategies, which encourage deconstruction instead of quick demolition. It also recommends that on site construction waste management should be mandatory. They also need to prepare for managing the next generation waste, including material like expanded polystyrene insulation, styrofoam, bituminous material and asbestos embedded within new wall assemblies.