Most Congress workers would like to see Rahul's return as party chief: Pilot 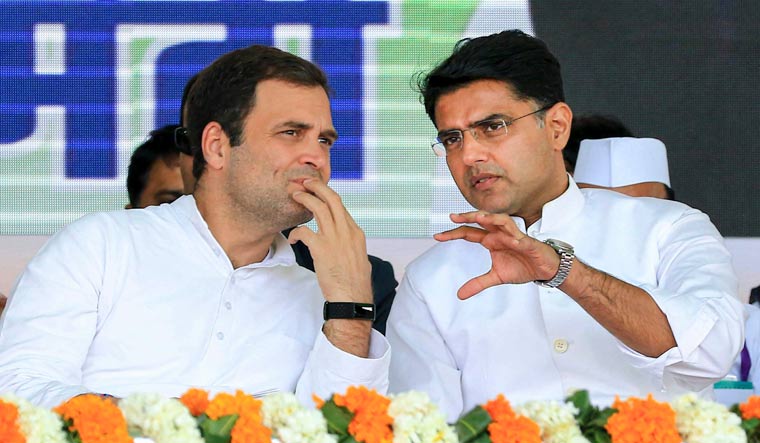 Former Rajasthan Congress chief Sachin Pilot on Sunday said most of the party workers would like to see Rahul Gandhi take over as the president of the grand old party.

"Mrs Gandhi and Rahul ji have shown what it means to sacrifice for the greater good of the people and the party. Its now time to build consensus and consolidate. Our future is stronger when we're united. Most Congress workers would like to see Rahul ji take over and lead the party," he said in a tweet.

Pilot's comments came ahead of the Congress Working Committee (CWC) meeting in New Delhi on Monday, where the leadership issue is likely to be discussed.

While around two dozen Congress leaders, including some former ministers, have written to party chief Sonia Gandhi for an overhaul of the organisational structure and changes in the leadership, some leaders close to Rahul Gandhi have written to the CWC, pressing for the Gandhi scion's return as party chief.