Amid leadership debate, Congress Working Committee to meet on Monday 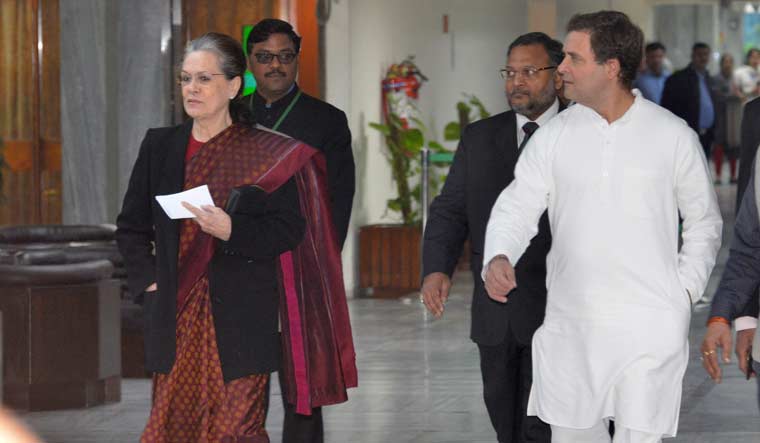 Amid a debate over the leadership issue, top Congress leaders will meet in New Delhi through video-conferencing on Monday and are likely to discuss the matter.

The Congress Working Committee (CWC), the highest decision-making body of the party, will meet at 11am on Monday, AICC general secretary K.C. Venugopal said on Saturday.

"A meeting of the Congress Working Committee will be held on Monday, the 24th August, 2020 at 11.00AM via video conferencing," he said in a tweet.

All permanent and special invitees to the CWC have been invited to the meeting, where the leadership issue is also likely to be discussed, besides the current political situation in the country, he said.

There has been a clamour within a section of Congress for Rahul Gandhi to take over as the president of the grand old party again.

The CWC meet comes close on the heels of Congress president Sonia Gandhi completing a year as the interim party chief, a post she accepted last year after her son Rahul Gandhi stepped down.

A debate is again raging in the Congress over the uncertainty related to its leadership.

In an official media briefing two days ago, the Congress said its workers across the country want Rahul Gandhi to take charge of the party.