Rs 100 with food packets for flood victims: This Kerala woman is winning hearts 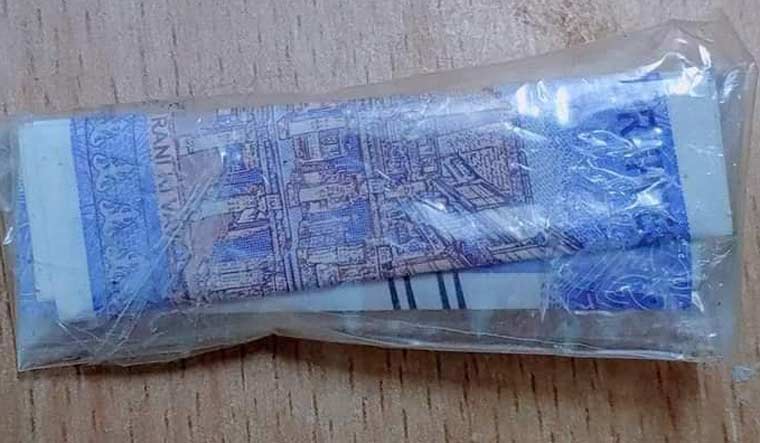 A goodwill gesture has made this Kochiite woman the talk of the town.

“But when thou doest alms, let not thy left hand know what thy right hand doeth,” says the Bible, and Mary Sebastian, from Kumbalangi on the outskirts of Kochi in Kerala, did have a wish to practice this Biblical saying. She did not want anyone to know about her gesture of goodwill—a Rs 100 rupee that she tucked inside the food packets prepared by her and sent to the victims of sea erosion and consequent flooding in the nearby coastal village of Chellanam.

“The weather is cold, and I thought the money that I would attach with the food packets would help the families that get these packets to have some tea for a few days,” says Mary. She pasted the note inside the meal packet with a cellotape.

She explains her reason for doing so: "When it is cold, I drink tea occasionally. I thought this money will help the families that get the packets to have some tea."

"I did not want anyone to know that I am doing this. But now everyone has learnt about it. I was honoured by the circle inspector. I have also began receiving several phone calls," says Mary.

Mary says her family too has been a victim of floods. Last year, her house was flooded, and she says she knows how tough it is to be at the receiving end of flood fury. "We know how difficult the situation is when the sea surges. Besides, people in Chellanam are also facing the COVID-19 crisis. People in Kumbalangi are a generous lot; we share whatever we have with others, even if it is food," says Mary.

Mary's gesture of generosity was made public when one of the policemen who were collecting food packets from people opened one of the packets and found the money. He informed circle inspector P.S. Shiju who also hails from Kumbalangi, who was impressed by Mary's action. He took to Facebook to share about it. "In this time of social media when people make a hue and cry even when they do the smallest of things for others, I am moved by the act of this person who gave Rs 100 with the meal packet, without hurting the self-esteem of people receiving it," he wrote.

Mary is a catering worker. She has been out of job for some time, and got work only for 15 days last month. It is from the earnings of these 15 days that she spared money to be sent along with the food packets. Her husband is engaged in boat construction work. Both their children are married.

"I am so proud of my mother," wrote her son Sebin on his Facebook page.