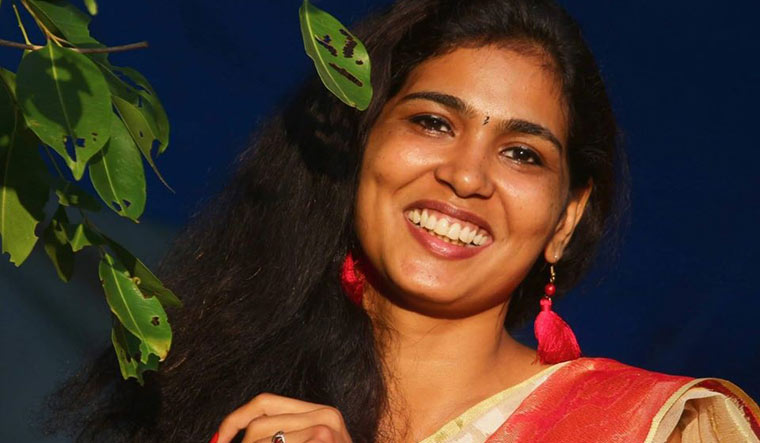 The Supreme Court Friday dismissed controversial activist Rehana Fathima's plea seeking anticipatory bail in cases against her for allegedly circulating a video in which she was semi-nude, allowing her minor children to paint on her body, and said the court is a little baffled at the kind of case that has come up before it.

The top court further observed as to what kind of impression the children will get about the culture of this country through such videos.

A bench of Justices Arun Mishra, B.R. Gavai and Krishna Murari said this kind of thing is unthinkable and would leave the society in a bad taste.

Senior advocate Gopal Shankaranarayan, appearing for the petitioner, said a lady, a mother, asked children to paint on her half nude body.

The bench said "What kind of matters are coming? It's little baffling."

It said she may be an activist but this kind of thing is unthinkable.

What is the impression this will give to the children about the culture of this country, the bench observed.

Shankaranarayanan said that in this country, if a man stands half nude there is nothing obscene but if a woman does so, then there are troubles. He said the court should just ignore this individual and look into the anticipatory bail application as search and seizure has been done in the case and the statement has been recorded.

Shankarnarayanan sought to know as to why is custodial interrogation needed now in this case.

He said that children are clothed but they have added sections of child pornography.

The top court said that it would leave the society in bad taste and everything has been considered by the high court in detail. It said that the petitioner is using a child to paint on his or her body.

The bench dismissed the plea.

On July 24, the Kerala High Court had dismissed the anticipatory bail of Fathima observing that it was not in a position to agree with the petitioner that she should teach sex education to her children in this manner.

Justifying her act, she had submitted that so far as children are concerned, they need to be imparted sex education and made aware of the body and its parts as well enable them to view it as a different medium altogether rather than seeing it as a sexual tool alone.

The high court had observed that the petitioner has got the freedom to teach her children according to her philosophy, "but, that should be within the four walls of her house and should not be forbidden by law".

The allegation against Fathima is that she asked her children, a boy and girl aged 14 and 8 respectively to paint on her semi-nude body. The video was shot by the her and uploaded on social media.

When the video was found by the Cyberdome of Kochi City Police, a case was registered against the activist in June, alleging offences punishable under various sections of the Protection of Children from Sexual Offences Act, 2012 (POCSO Act), Information Technology Act, 2000 and the Juvenile Justice (Care and Protection of Children) Act, 2015.

Earlier, the woman was also booked by the police in Pathanamthitta district under the Information Technology Act and the Juvenile Justice Act on a complaint lodged by BJP OBC Morcha leader A.V. Arun Prakash.

The Kerala State Commission for Protection of Child Rights, which sought a report on the matter from Pathanamthitta district police chief, had also directed the police to register a case against the woman under various sections of the POCSO Act.