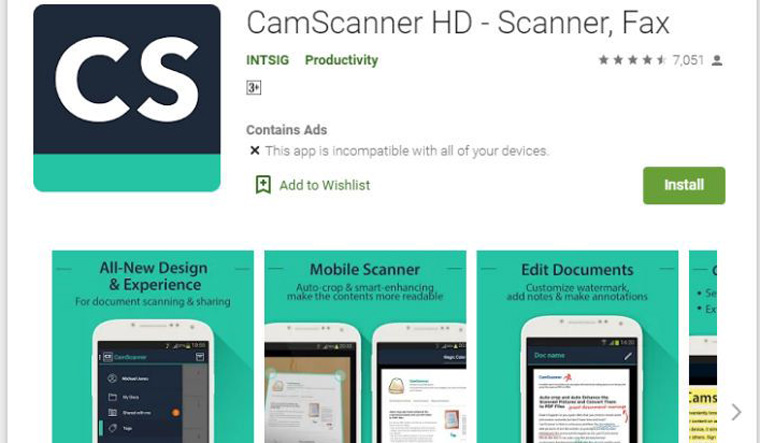 The information department of the Uttar Pradesh government continues to use a mobile app of Chinese origin that was on the list of 59 apps banned by the government of India. The state government’s media cell uses the app CamScanner to send out scanned press releases to journalists over WhatsApp. However, not all such releases are scanned by the app, and some are dispatched as normal PDF, Word and Excel documents.

An employee of the department told THE WEEK that he was not aware of any directive to discontinue use of the app. “CamScanner is very easy to use. It is fast too. We are used to it. However, if there is an order, we will comply with it immediately,” he said. There are other less popular applications such as Adobe Scan and Microsoft Office Lens that do the same job.

CamScanner, first launched in 2011, was developed by IntSig, a company with its headquarters in Shanghai and offices in the United States of America, Japan and South Korea. The listed office address on the company website is in California. The website also claims that the app has been picked up as ‘Apple Store Best Business and Productivity App’. The Apple store puts the number of users of the app at 400 million.

In a nutshell, CamScanner enables users to share documents in formats like JPEG or PDF, with features like document snapshot and smart image document management. The scanner app turns the mobile phone into a PDF scanner, with special high resolution scanning, an image editor, a hand-written annotation, and comes with the capability to generate customisable watermarks.

CamScanner had recently offered to provide free access to its premium subscription to educators and students who are attending online classes. The premium subscription has special features like file arrangement, electronic signature, Excel recognition, taking image of a paper form and converting it in to Excel version, book scan, and also OCR translation into more than 60 languages.

In July, after the skirmish on the Indo-Chinese border, the Centre had banned CamScanner along with 58 other apps, saying they were a threat to India's “sovereignty and security”. The Centre invoked its power under section 69A of the Information Technology Act, saying there were complaints that private data on Indian users was being used without authorisation, and also that the apps are engaged in activities “prejudicial to sovereignty and integrity of India, defence of India, security of state and public order”.