Amid Bhopal lockdown, Muslim MLA gets rakhis delivered to 20,000 women 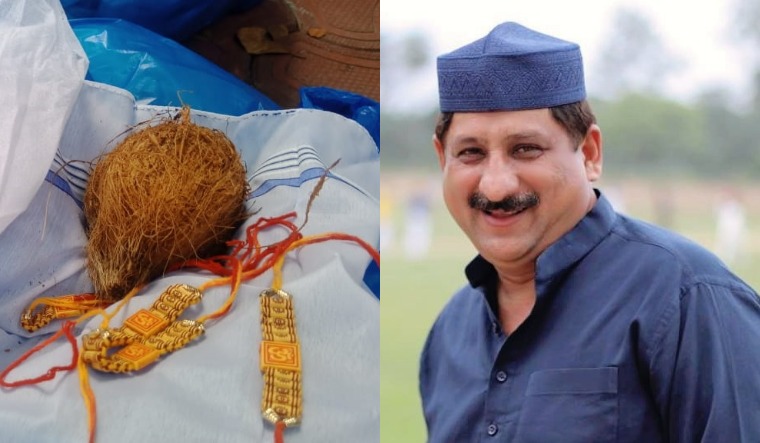 A collage of the rakhis and Arif Masood | Via Twitter

In a nice gesture, the MLA of Bhopal Central constituency, Arif Masood, has sent out rakhi strings and related auspicious material to doorsteps of about 20,000 Hindu women, mainly in poor settlements of his constituency, on the eve of Rakshabandhan festival being celebrated on Monday.

The MLA has said that he decided to get the rakhi threads and other material delivered to homes, so that women were not disappointed during the auspicious occasion due to economic crunch and inflation induced by the COVID-19 lockdown, apart from the fact shops were closed.

A total lockdown was clamped in Bhopal on July 25 and is to continue till Tuesday morning, a day after Rakshabandhan. Normally, rakhi strings and related material are purchased right on the eve of the festival and the lockdown has hampered this.

Masood got the free packets of rakhi strings along with coconuts and handkerchiefs—used by sisters as offerings for their brothers while tying the sacred thread to them—delivered to doorsteps of residents through Congress workers. Interestingly, the rakhi strings are of bracelet designs with the ‘Om’ sign—considered sacred by Hindus—etched on the central panel.

The MLA has said that Rakshabandhan is an auspicious occasion where sisters tie the sacred thread to the wrist of their brothers and the brothers promise to protect them. “Due to the COVID-19 pandemic, there has been a lockdown since the past three months and people are facing a lot of difficulties including economic crunch. Also as shops are closed due to the current phase of lockdown in Bhopal, sisters have not been able to purchase rakhi and other necessary material. So, I decided to get these things delivered to their doorsteps,” Masood said.

Masood added that he celebrates the festival with the sisters (women) in his constituency every year and could gauge their distress due to the current situation.

Masood, one of the two Muslim MLAs of Congress in the state (both from Bhopal), often courts controversy with his statements, several times against his own party too. He had threatened to resign his seat in February this year if the then Congress government decided to implement the Citizenship (Amendment) Act (CAA) and go ahead with the National Register of Citizens (NRC) process in Madhya Pradesh.