A rare, firebrand Congress leader who scripted enviable victories for the party 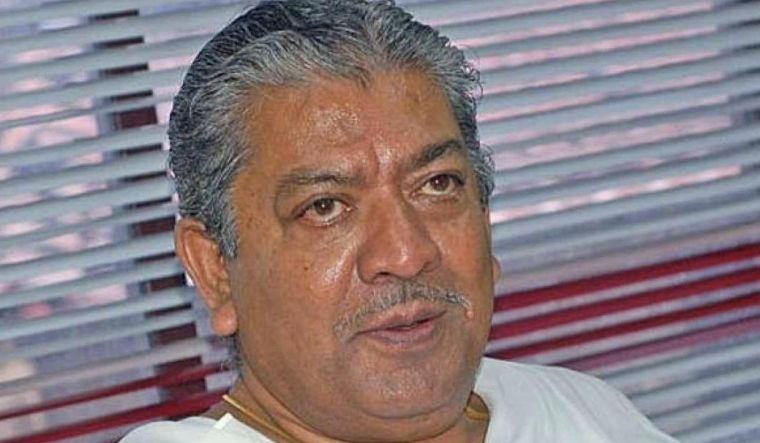 Somen Mitra, who passed away in the wee hours of July 30, was widely considered the last mass leader of West Bengal Congress. Though born Somendra Nath Mitra, he was popularly known as Somen Mitra. But for his partymen, he was chorda, or the younger brother.

But who was borda, the elder brother? There's no clarity. Perhaps, Abdul Ghani Khan Chowdhury, known as Barkatda among his party colleagues, felt a Congress leader. But there are no such confusions about chorda.

In fact, the firebrand Congress leader, who is credited for pushing Mamata Banerjee out of the party in 1998, was a disciple of Barkatda.

However, Mitra's significance in West Bengal Congress began in the early seventies when gunshots shoved the streets of the Naxal-era Calcutta. Mitra, known as a tough young politician, was after the Naxals at the instruction of the then West Bengal chief minister Sidhartha Shankar Ray.

Mitra's house in Amherst Street of North Kolkata was known as a torture chamber for the Naxalites. He came out to the streets, attacked the Naxals and instigated a massive blood bath in order to finish them politically, side by side with the police, as wanted by Ray.

For many, Mitra was a horror in the Congress. He was that rare Congress leader, hardly found anywhere else within the party. Interestingly, he was former prime minister Indira Gandhi's favourite for the same reason.

Naturally, he became popular, which in Mitra's own words was not liked by Ray. Eventually, Mitra developed serious differences with Ray. He even termed Ray as the “real destroyer” of the Congress in Bengal.

“What can I do other than turning my house into a torture chamber? Naxalites could not be defeated only by the police or the military then. We needed to come out on the streets. Yes, I led the youths in the Congress then," Mitra once told THE WEEK when asked about those horrific days in Kolkata.

Student politics in Bengal revolved around two men in the seventies—Priya Ranjan Dasmunshi and Somen Mitra. The third person was Subrata Mukherjee, but who was more or less an organiser.

Mitra was loved by the youths of Kolkata for his dynamic leadership and ability to organise the party’s different levels.

He, however, became most controversial in the late nineties when, as the Congress president of West Bengal, he got into a tussle with Mamata Banerjee, then firebrand Congress leader.

Banerjee wanted to be the face of the Congress against the Left front and there was an emergence of the BJP in Indian politics. The Congress had to enter into an 'adjustment' with the Left in Delhi to keep the BJP at bay. An ever-disciplined Mitra decided to toe the party line and played down the anti-leftist rhetoric.

His grip over the Congress organisation was evident when Banerjee entered into a fight for the state president poll against Mitra in 1992. Banerjee lost and blamed the 'watermelons' (green on the outside and red inside) of the Congress like Mitra for her defeat. Being the PCC chief, his biggest triumph was in the 1996 assembly election, when the Congress won 86 assembly seats out of 294, a record that has lasted for almost two-and-a-half decades. Banerjee had then claimed it happened because of her. However, it was widely acknowledged that Mitra’s organisational skill was behind the good result that gave the leftists a tough fight.

In an exclusive interaction with this correspondent a few years back, Mitra detailed what happened in the Congress over the expulsion of Banerjee. Banerjee floated different groups within the party and called for a meeting at Brigade Parade Ground, even as the AICC convention was going on in Kolkata.

He, however, denied the charge that he himself decided to expel Banerjee. Neither did he suggest that to the Congress high command, he claimed. “Seeing the developments in West Bengal, the Congress high-command sent me a letter asking me to expel Mamata. I told them if they so desired it should be done by them. But they asked me to do the uphill task. I understood the game and the consequence of such a decision. But I was left alone,” Mitra had said.

He then called a meeting of senior Congressmen of the state at his office in Kolkata. “I explained to them about the decision of the Congress high-command. You would be surprised to know that the senior Congress leaders then, who are now ministers in Mamata’s cabinet or her MP, asked me to totally follow the proposal of the Congress high-command. Only Subrata (Mukherjee) told me that the high-command should have done that instead of me. I tried to convince them that we should wait and watch and some of us could go to Delhi to make them understand the implications. Only one junior leader then, a minister now, asked me to refer the issue back to the high-command and not to take any decision. But, the majority view was that I should expel Mamata,” said Mitra.

He resorted to laugh when he disclosed the role of Priya Ranjan Dasmunshi, a senior Congress leader then. “I asked Priya to attend the meeting. He said he was coming soon. But he did not turn up in the meeting and instead flew to Delhi. I was desperately trying to get in touch with Priya. But failed miserably. Later, I understood that he did not want to be part of the process of expulsion,” Mitra had said.

An isolated Mitra had to accept the verdict of the majority and wrote a one-liner declaring expulsion of Banerjee "as per the recommendations of the party high-command."

Within days, Mitra quit as the Congress chief as he realised that he would be extremely unpopular as he was being linked to something which he did not do. Since then, despite several requests, he never took up the job of the PCC chief until 2018 when Rahul Gandhi had hard-pressed him for the job.

In the meantime, in 2010, Mitra joined the Trinamool Congress as it was the biggest chance to defeat the Left in Bengal. Banerjee had approached Mitra through his wife, Sikha. A seven-time MLA, Mitra became a Member of Parliament for the first time. Yet, the gap between Banerjee and Mitra was not reduced as the latter was fiercely independent and could not behave like a “sycophant”, as his wife later mentioned.

When Rahul asked him in 2018 to take the charge and revamp the Congress, Mitra said, “Don’t expect any wonder from me. I am an old man and cannot travel now. Also, I am sick.”

He resigned after the 2019 elections. But the Congress working committee did not accept it. It was primarily because he was the last hope for the party in Bengal.

With his passing, not only is it the end of an era, but for many, it is the end of the Congress in Bengal, unless someone from the next generation rises like a phoenix.