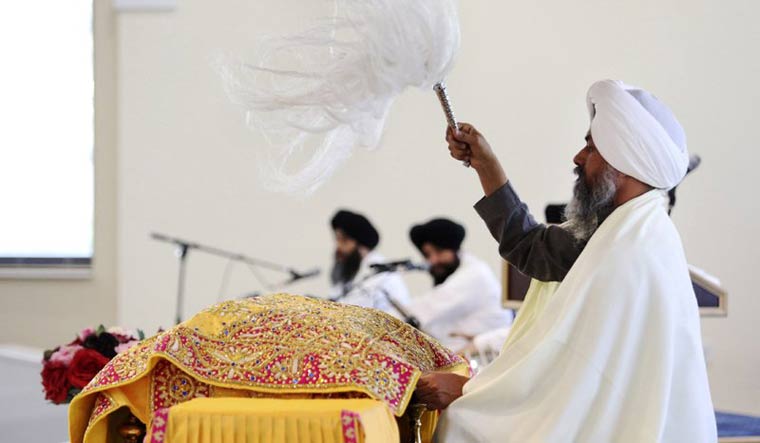 India on Monday lodged a strong protest with Pakistan High Commission over alleged attempts to convert a popular gurdwara in Lahore into a mosque. The Gurdwara Shahidi Asthan at Naulakha Bazaar is the site of martyrdom of Bhai Taru Singh Ji, but has been claimed by a few as the place of Masjid Shahid Ganj.

The Ministry of External Affairs' reaction came a day after a Muslim cleric in Lahore threatened the Sikh community and said that the gurdwara and its adjoining 4-5 kanals of land belonged to Mazar of Muslim prophet Hazrat Shah Kaku Chesti and adjoining Masjid Shaheed Ganj.

In a video message, Sohail Butt, who is also the caretaker of the Mazar of Chesti, could be heard saying Pakistan is an Islamic nation that belongs to Muslims.

"A strong protest was lodged with the Pakistan High Commission today on the reported incident whereby Gurdwara ‘Shahidi Asthan’, site of martyrdom of Bhai Taru Singh ji at Naulakha Bazaar in Lahore, Pakistan has been claimed as the place of Masjid Shahid Ganj and attempts are being made to convert it to a mosque,” MEA spokesperson Anurag Srivastava said.

He said India expressed its concerns, in strongest terms, on the incident and called upon Pakistan to investigate the matter and take immediate remedial measures.

"Pakistan was also called upon to look after the safety, security, well-being of its minority communities including protection of their religious rights and cultural heritage," Srivastava said.

On Sunday, Akali Dal national spokesperson Manjinder Singh Sirsa appealed to Pakistan Prime Minister Imran Khan to warn the extremist elements in the country and take immediate action to save the Shaheedi Asthaan from illegal squatters.

Gurudwara Shaheed Bhai Taru Singh is considered the place where Bhai Taru Singh was martyred by Zakariya Khan in 1745. There are several historical Sikh gurudwaras in Pakistan which are either in dilapidated condition or are occupied by the land mafia and locals.

The Sikhs are facing persecution across Pakistan. There are many instances of Sikh girls being kidnapped, forcibly converted to Islam and married to Muslims.