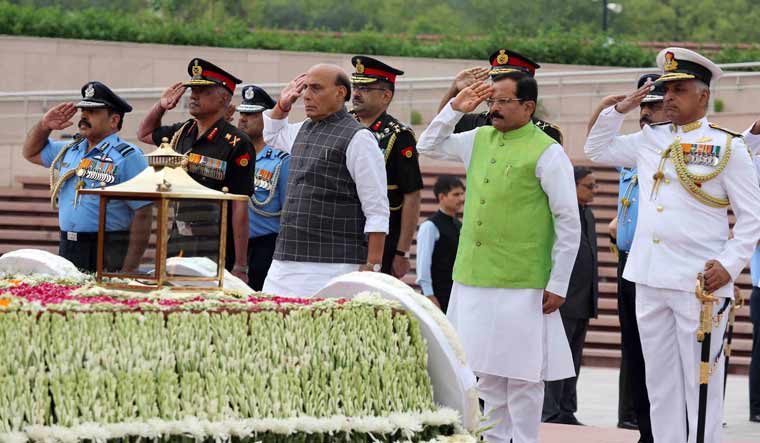 Defence Minister Rajnath Singh paid tributes at the National War Memorial here on Sunday on the occasion of the 21st anniversary of the country's victory over Pakistan in the Kargil war.

On July 26, 1999, the Indian Army had announced the successful culmination of "Operation Vijay", declaring victory after the nearly three-month-long battles in the icy heights of Kargil. The country lost more than 500 soldiers in the war.

"I congratulate all Indian citizens on the occasion of Kargil Vijay Diwas. The sacrifices made by soldiers, which helped us win the Kargil war, will always be a source of inspiration for the armed forces," Singh told reporters.

The Kargil war was declared over on July 26, 1999, after Indian soldiers pushed back the Pakistani troops, a bulk of them drawn from the neighbouring country's Northern Light Infantry, from the captured peaks.

The day is observed as "Kargil Vijay Diwas" to commemorate India's victory in the war.