Congress tally down to 89; MLA Narayan Patel likely to join BJP later in the day 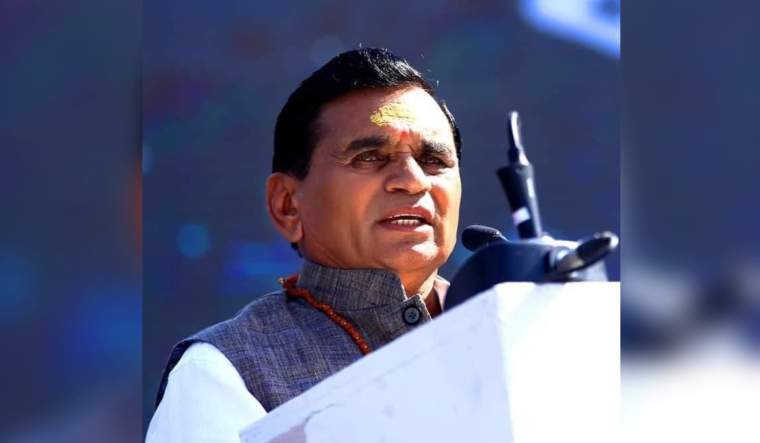 Narayan Patel is the MLA from Mandhata constituency in Khandwa district

The erosion in Madhya Pradesh Congress legislative party continues with another MLA resigning his post on Thursday. The resignation of Narayan Patel of Mandhata constituency in Khandwa district has been accepted and he is likely to join the Bharatiya Janata Party later in the day.

With the fresh resignation—third from Congress legislative party in 11 days and 25th in the past five months—the tally of the opposition party has come down to 89, whereas now 27 seats in the 230-member assembly have become vacant.

Patel’s resignation was confirmed within hours of ex-minister of BJP, K.L. Agrawal joining the Congress with more than 400 supporters in Bhopal. Agrawal is an ex-MLA of the Bamori constituency in Guna district and is the likely candidate of Congress against Jyotiraditya Scindia loyalist Mahendra Singh Sisodia, who recently became a minister in the Shivraj Singh Chouhan cabinet.

However, given the statistics, the situation has become more difficult for the Congress as it will now have to win all the 27 by-polls to get to the majority mark of 116. On the other hand, the ruling BJP with 107 members needs only nine victories out of 27 to have a majority of its own in the Madhya Pradesh Assembly. It already has the support of six out of seven non-Congress MLAs, too.

Principal Secretary of Madhya Pradesh Assembly, A.P. Singh confirmed to THE WEEK that the resignation of Patel had been accepted.

Madhya Pradesh Congress has once again accused the BJP of ‘trading’ for MLAs, while BJP has said the Congress MLAs are leaving the party of their own accord because they feel suffocated there.

After the initial lot of 22 Congress MLAs who resigned in March this year, inclusive of 19 Jyotiraditya Scindia loyalists, three more have resigned in the past 11 days. Pradyumna Singh Lodhi of Bada Malhara in Chhatarpur resigned on July 12, to be immediately made the chairman of MP State Civil Supplies Corporation. Later, Sumitra Devi Kasdekar of Nepanagar constituency in Burhanpur resigned on July 17, followed by Patel on Thursday.

Political analyst Manish Dixit said that the continuing resignation of the Congress MLAs despite common knowledge of the likelihood of some more of them resigning shows the loosened grip of Congress leadership on its members in Madhya Pradesh.

“We all heard about the management capabilities of Kamal Nath as a central leader but he seems to be unable to pre-empt the moves of the BJP in the state and unable to take steps to prevent further erosion in the party. In the current situation, it is getting more and more difficult for the party to make a bid to return to power in the state. The BJP is playing its part strategically to get such Congress MLAs to its fold who are not Scindia loyalists, so that the party’s dependence on Scindia is reduced following the by-polls,” Dixit said.