FROM THE ARCHIVES: Tamil Nadu—trust and the deficit 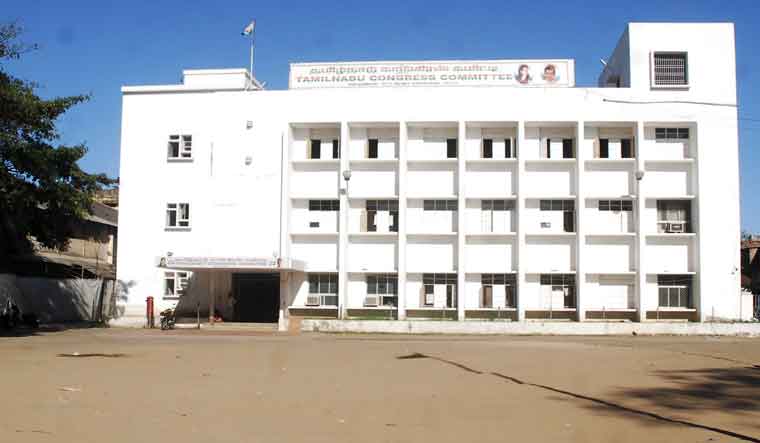 When former Union environment minister Jayanthi Natarajan quit the Congress on January 30, 2015, the party unit in her home state, Tamil Nadu, was not surprised. In a statement laced with satire, the Tamil Nadu Congress Committee president E.V.K.S. Elangovan said, “I thank you on behalf of lakhs of Congress cadre for leaving the party.... Whether the river Ganga will get cleansed or not, your exit will certainly purify the Congress.”

The shocker, however, came 15 days after her exit. The Congress high command para-dropped its national treasurer, former Madhya Pradesh chief minister Motilal Vora, in place of Natarajan as a trustee in the Tamil Nadu Congress Committee Trust, which manages party assets in the state.

Though the Congress has been out of power in the state for nearly half a century now, Tamil Nadu continues to be a financial lifeline for the AICC. And, now, it is even more important for the cash-strapped party, which has to face the Modi dispensation for the next four years.

The TNCC Trust is one of the richest in the country. Founded by former Congress president K. Kamaraj and Kasturi Srinivasan of The Hindu group in 1954, the trust currently holds assets worth hundreds of crores of rupees. 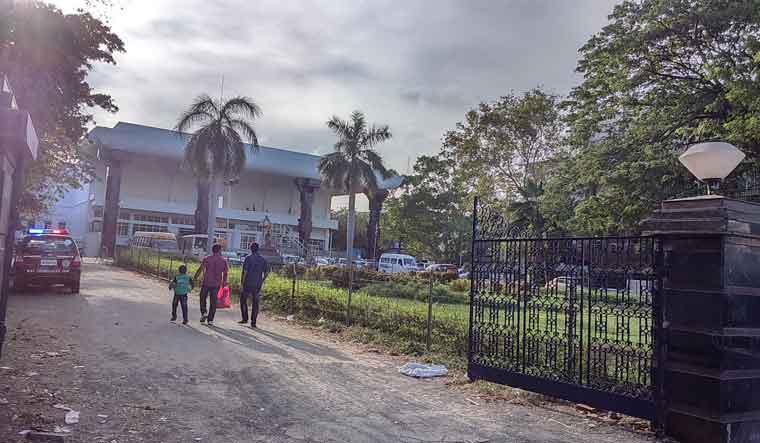 The sprawling Kamaraj Auditorium, rented out for theatre and performing arts. Worth Rs 100 crore | File

Though the trust has seen several tussles between state leaders over its control, the appointment of an 'outsider' has raised eyebrows. According to the trust deed, the state Congress president would be the ex-officio chairman, with seven trustees being nominated by the 'elected working committee' of the party. “Neither the AICC nor the Congress president has any role in it,” said party veterans.

A former Congress legislator said the high command wanted to strengthen its grip over the trust for two reasons: “One, the Congress does not want to 'lose' Satyamurti Bhavan, which is like totally losing its identity in the state. Two, the leadership wants to streamline the funds from the state.”

In the process, however, skeletons could tumble out of the cupboard as there are allegations of mismanagement. For one, as per the trust's bylaw, the trustees should meet at least once in three months. But the meeting has not taken place since 2006.

THE WEEK is in possession of various documents of the trust, such as balance-sheets and the draft minutes of the trustees passed by circulation, dated October 12, 2011, which clearly show mishandling of funds.

The trust deed says at least 85 per cent of the income from the properties ought to be used for charitable purposes. In fact, it lists out 13 charitable activities on which the money should be spent. “If not, the income has to be accumulated for a specific purpose notified to the IT department for a period of five years,” says the deed. 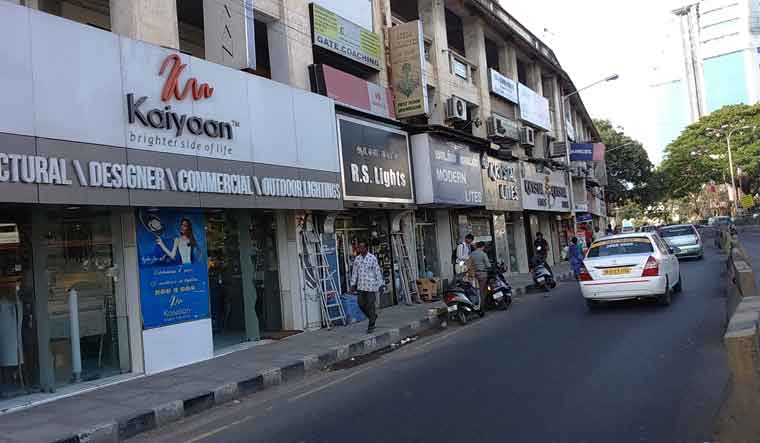 Land and building in Anna Salai called the Kamaraj bhavan and grounds. It houses an exhibition ground and a long, two-storey building with 121 shops let out on rent. Worth Rs 600 crore | File

Some insiders allege that the money is not spent in the right way. In 2009, as per the documents available with THE WEEK, Rs 48.77 lakh was spent for works on the Satyamurti Bhavan and the auditorium. “Such expenditure should be approved during the trust meetings, which do not happen at all,” said a senior Congress leader.

According to the audited balance-sheet of the trust as on March 31, 2011, of Rs 6.36 crore income in the financial year, only Rs 20 lakh was spent towards education and medical help.

The rent due from the tenants till 2009 alone was Rs 56 lakh. “Many of the shops are rented to Congressmen to run small set-ups that do not do anything for the welfare of the party,” said an employee of the trust. “Also, the rent is lower than the market rate.”

Elangovan, the ex-officio chairman of the trust, said the issue of rent “will certainly be looked into in the coming days”. But he denies charges of fund mismanagement, and downplays the speculation over Vora's entry. “I have not come across any misappropriation or misuse of funds as you say,” said Elangovan, who took charge in November, 2014. “There is no specific reason for Vora's nomination. He is the treasurer of the party and he is the person who overlooks the assets of the party in every state. In Gujarat also we have properties worth crores of rupees which he is looking into.”

There is a big question-mark over an 18-storeyed commercial complex that was to come up on the Congress grounds. A former chairman of the trust, P. Ramachandran, had signed a contract with a Mumbai-based builder for the Rs 110 crore-complex, which when completed would be the tallest building in the city. “Now I think the whole idea behind the appointment of Vora is to develop the property, which would be a golden egg for the party,” said a former MLA close to G.K. Vasan, former Union shipping minister.