India slams Pakistan over construction of dam in PoK 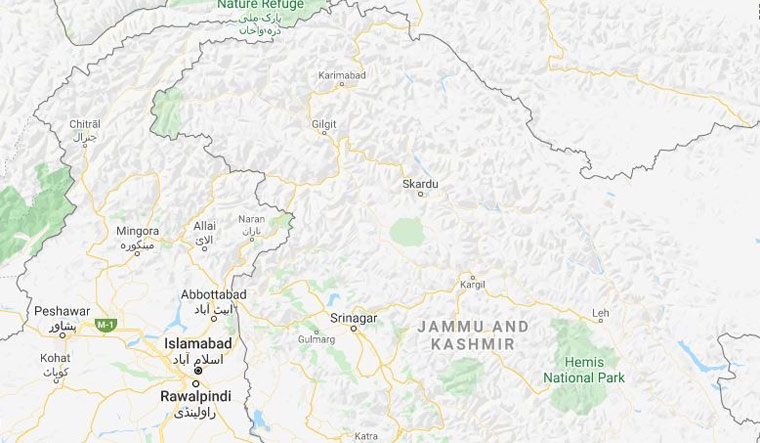 India on Thursday said it has strongly protested with Pakistan against the construction of the Diamer-Bhasha dam in Pakistan-occupied Kashmir and condemned Islamabad's continuous attempts to bring about material changes in Indian territories under its illegal occupation.

India's strong protest came after Pakistan Prime Minister Imran Khan on Wednesday kicked off construction work at the Diamer-Bhasha dam in Chilas in Gilgit-Baltistan, notwithstanding New Delhi's objection to the China-backed mega project.

Asked about the development at the weekly briefing, Ministry of External Affairs Spokesperson Anurag Srivastava said India had made its position on it clear earlier and it remains unchanged.

"The entire Union territory of Jammu and Kashmir and the Union territory of Ladakh, have been, are, and will be an integral and inalienable part of India. We have strongly protested against the construction of this dam to the government of Pakistan," Srivastava said.

"This dam will lead to submergence of a large part of land of the Indian union territories of J&amp;K and Ladakh and we condemn the continuous attempts by Pakistan to bring about material changes in Indian territories under its illegal occupation," he said.

India has also consistently conveyed its protest and shared concerns with both China and Pakistan on all such projects in the Indian territories under Pakistan's illegal occupation where it has no locus standi, the MEA spokesperson said.

The Pakistan government in May had signed a whopping Rs 442 billion contract with a joint venture of a Chinese state-run firm and a commercial arm of Pakistan's powerful military for the construction of the Diamer-Bhasha dam.

Asked about reports of Pakistan allowing Afghan goods to be exported via Wagah, Srivastava said it was another example of Pakistan's creation of a mirage of goodwill.

"So, Pakistan has been following a policy of creating captive markets by denying full transit access to Afghanistan by restricting products from India and other countries. It is failing to fulfil its own commitments under APTTA," Srivastava said.

Pakistan has even denied transit of humanitarian grant assistance, including wheat from India, to Afghanistan, he said.