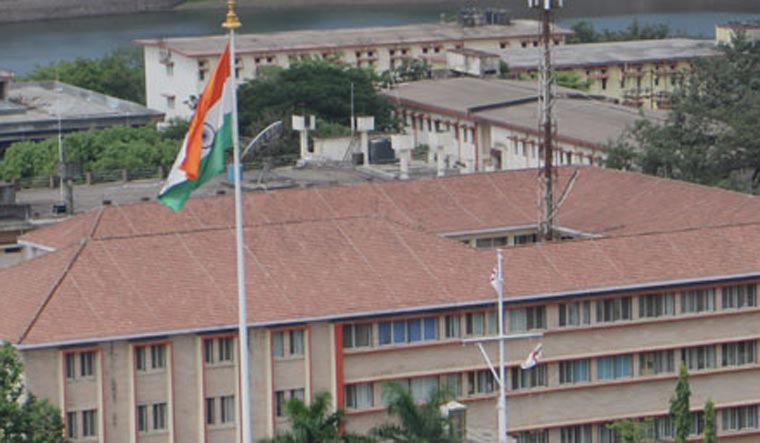 At least 12 trainee sailors of the Lonavala-based INS Shivaji, one of the premier training establishments of the Indian Navy, have so far tested positive for coronavirus, officials said.

The first case was found on June 18 and the infected cadet was part of a batch of 157 trainee sailors who had reported back after leave following the easing of lockdown earlier this month, a release issued by the naval station on Tuesday said.

"With the easing of lockdown as per Unlock 1.0 in the first week of June, a batch of 157 trainee sailors who were undergoing training at this establishment and were on extended leave in view of the lockdown, reported back and all were quarantined for 14 days in one of the institutional quarantine facilities prepared in the unit," it said.

One of the trainee sailors from the batch was found to be symptomatic during the quarantine period and tested positive for coronavirus on June 18, it said.

"Further, all the other high-risk contacts who are staying in that particular quarantine facility are being tested as per the extant procedure and necessary medical support is being provided. A total of 12 out of 157 trainee sailors have been found coronavirus positive as on date," the release said.

Since the infection is contained to one particular quarantine block, the possibility of spread of infection to other areas/personnel of the establishment is negligible. However, all precautions have been instituted to obviate further spread, it said.

All precautions, instructions and directions issued with respect to COVID-19 by the Government of India and the Indian Navy, from time to time, are being strictly adhered to, the release said.

All personnel in the base are already maintaining the required precautions against COVID-19, it added.

INS Shivaji is an Indian naval station located in the hill town of Lonavala in Maharashtra's Pune district. It houses the Naval College of Engineering, which trains officers of the Indian Navy and the Indian Coast Guard.

In April, the INS Angre base of the Indian Navy in Mumbai was locked down after 21 sailors at the premises tested positive for COVID-19.