India's COVID-19 fatality rate among the lowest in world: Govt 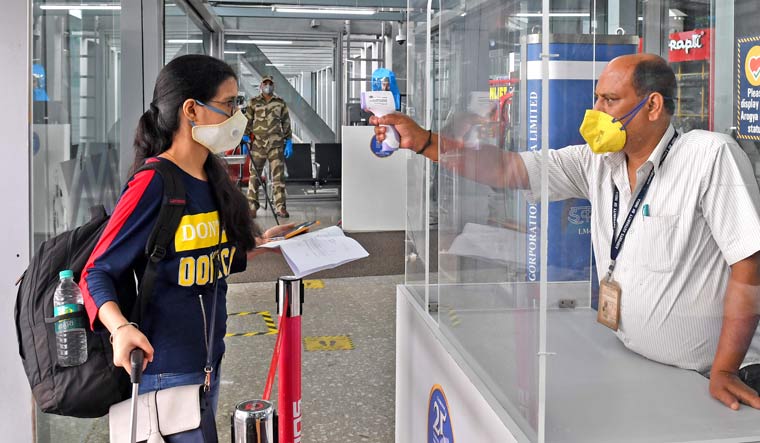 The recovery rate of COVID-19 cases in India continues to increase and the fatality rate is one among the lowest in the world, the government claimed on Tuesday.

Addressing a press meet in New Delhi, Joint Secretary in the Union Health Ministry Lav Agarwal said India's preventive measures have been "very effective", putting it in a much better position in comparison with other countries even as the case count and death toll continued to mount.

As on Tuesday, the country's fatality rate due to COVID-19 is 2.82 per cent. So far a total of 95,526 patients have been cured and the recovery rate is 48.07 per cent, according to the health ministry.

Agarwal said it is wrong to just look at the total number of cases and state that India has the seventh highest number of cases as the population of countries also should be taken into account. About 14 countries with a cumulative population almost equal to that of India have reported 55.2 times more COVID-19 deaths, he said.

India's COVID-19 case fatality rate per lakh population is 0.41 per cent as against 4.9 per cent globally which is also among the lowest in the world.

“If the available data on death due to COVID-19 is analysed, it is seen that only 10 per cent of India's population (people above 60 years age) is contributing to 50 percent of India's COVID-19 deaths. 73 per cent of COVID-19 deaths in India are people with co-morbidities (including diabetes, hypertension, cardiovascular and respiratory diseases). Hence, these high risk groups need to be effectively protected,” the statement said.

The coronavirus death toll rose to 5,598 in India on Tuesday with 204 more fatalities, while 8,171 new cases took the number of infections to over 1.98 lakh.

Meanwhile, the Indian Council of Medical Research (ICMR) said that it is conducting a sero-survey to assess the extent of spread of COVID-19. Almost 34,000 people are being tested as part of it and the results will be out in the public domain by the end of this week or early next week, said ICMR scientist Nivedita Gupta.

"We are very far away from the peak. Our preventive measures to curtail the disease are very effective and we are better positioned in comparison with other countries. You will get to see the data in a week,” she said.

Gupta said 1.20 lakh samples are being tested for COVID-19 on an average per day and at present there are 476 government and 205 private labs testing for the virus.