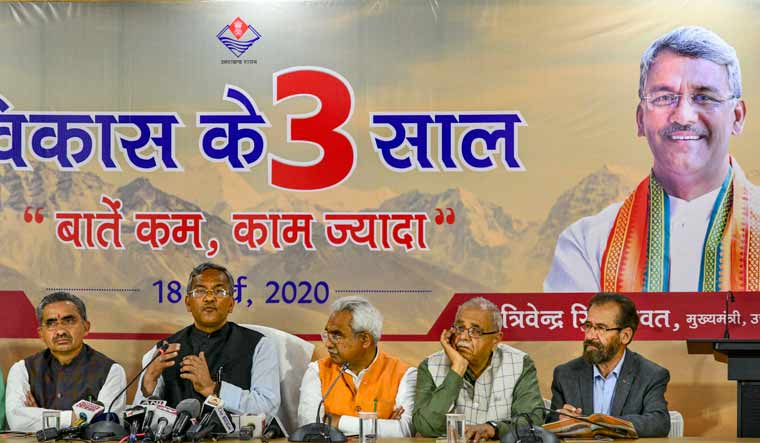 Uttarakhand Tourism Minister Satpal Maharaj, his wife Amrita Rawat and 21 others, including members of his family and staff, tested positive for coronavirus, an official said on Sunday.

Satpal Maharaj, who is also a spiritual leader with followers all over the country, had on Friday attended a meeting of the state cabinet, chaired by Chief Minister Trivendra Singh Rawat.

All ministers who attended the meeting will have to be quarantined, state Health Department spokesman J.C. Pandey said.

All cabinet members who attended the meeting will do as advised by the Health Department in accordance with the Centre's guidelines, state Urban Development Minister Madan Kaushik said.

According to Pandey, the minister's wife tested positive for the infection on Saturday while his two sons, their wives and a one-and-a-half-year-old grandson, along with 17 others, were found infected with the virus on Sunday.

Amrita Rawat, a former state minister, was admitted to the AIIMS, Rishikesh, on Sunday morning. The minister and other members of his family are too kept at the facility, an AIIMS official told PTI.

The 17 others could not be admitted to the hospital due to a shortage of space, the official said.

Amrita Rawat was a minister in the previous Harish Rawat-led Congress government in the state.