The US is ranked first with over 17 lakh cases, Brazil coming second with over 4 lakh 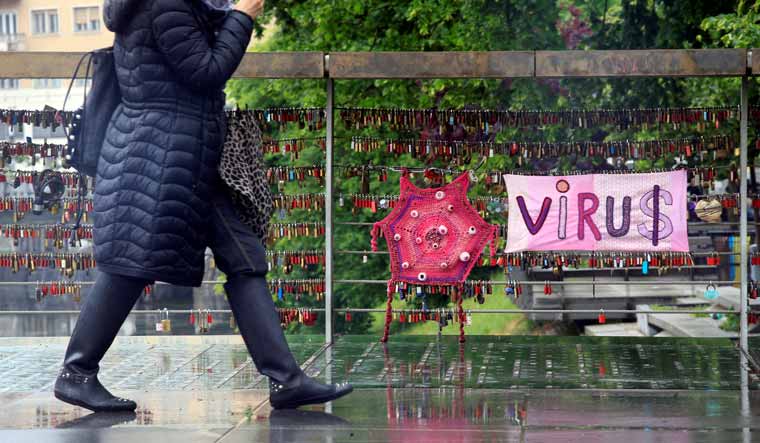 Pedestrians walk over a bridge, after the Slovenian government called an official end to its coronavirus disease (COVID-19) epidemic, in Ljubljana, Slovenia, May 15, 2020 | Reuters

However, according to Central government figures as of May 28, the death toll due to COVID-19 stands at 4,531 and the number of cases touches 1,58,333 in the country.

Of the 194 deaths reported since Wednesday morning, 105 were in Maharashtra, 23 in Gujarat, 15 in Delhi, 12 in Uttar Pradesh, eight in Madhya Pradesh, six each in Tamil Nadu, Telangana and West Bengal, three each in Karnataka and Rajasthan, two each in Bihar and Jammu and Kashmir and one each in Andhra Pradesh, Haryana and Kerala.

The death toll reached 47 in Karnataka and 40 in Punjab. Jammu and Kashmir has reported 26 fatalities due to the disease, Haryana has 18 deaths while Bihar has registered 15. Odisha and Kerala have reported seven deaths each, Himachal Pradesh five, while Jharkhand, Uttarakhand, Chandigarh and Assam have recorded four deaths each so far.