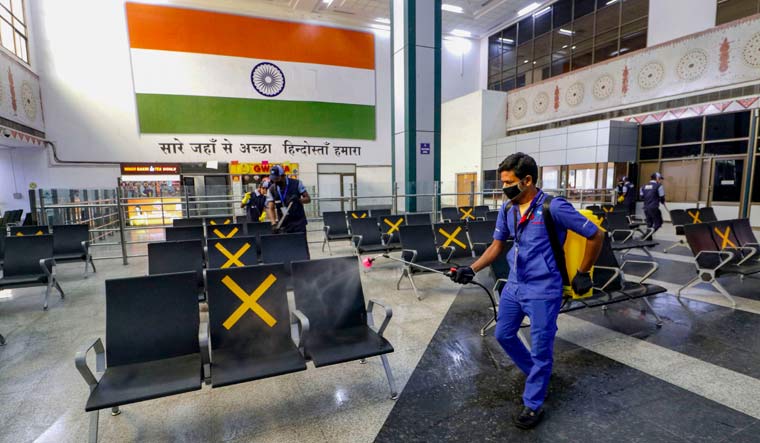 Even as the total number of COVID-19 positive cases in Gujarat touched 15,944 and the death toll 980, Gujarat Chief Minister Vijay Rupani on Friday quashed rumors of a stricter lockdown from June 1.

With rising number of cases and deaths in Gujarat, there have been rumors of a stricter lockdown in the state from June 1. Rupani said that this is just a rumor and people should stay away from it.

Ahmedabad Police also took to social media to say that there were no plans as of now to impose curfew from June 1.

In Lockdown 4.0, the state government has allowed shops, business establishments and offices to reopen for a stipulated time and other conditions in non-containment zones.

With 20 deaths being reported in 24 hours ending at 5 pm on Friday, the death toll in Gujarat has gone up to 980. The period also witnessed 372 cases, of which 253 are from Ahmedabad. The total number of COVID-19 positive cases stands at 15,944 and so far 8,609 patients have been discharged.

In Ahmedabad, which has contributed over 70 per cent of the state's cases and deaths, nearly 200 doctors, both private and government, have tested positive in the last few weeks.

A large number of doctors testing positive has also raised questions over the testing standards adopted by the Gujarat government, which has been time and again on record to state that guidelines of ICMR are being used for testing in the state. The government has categorically maintained that the state is doing adequate testing and the tests per million of the population are much more than several other states of India.

Recently, the Gujarat High Court had taken into cognizance an anonymous letter by a 25-year-old resident doctor, who tested COVID-19 positive while treating patients, and had lambasted the state government over the high mortality rate in Ahmedabad Civil Hospital. In his letter, the doctor had claimed that several doctors and para-medical staff were not tested despite having symptoms.

Hearing several related cases, the high court on Friday said that it is not necessary to take approval from the authorities for doing tests and only the district health officer should be intimated. COVID-19 test is mandated before carrying out any surgeries or treating patients of other serious illnesses and it usually takes a long time before the approval comes.

While the state government said that it does testing as per ICMR's guidelines, the court issued a notice to the ICMR asking as to why it should not be made a respondent in the case.

The Ahmedabad Medical Association had also approached the high court demanding that private laboratories be allowed to conduct tests without government restrictions.