"SEC has set a bad precedent by dancing to BJP's tune," Congress alleged 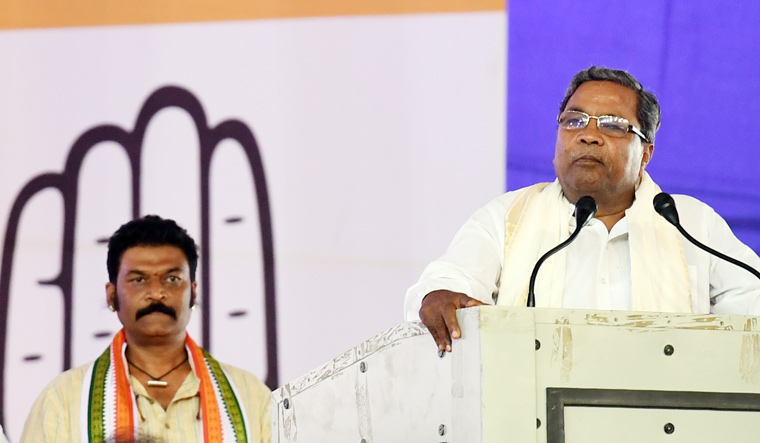 The Karnataka State Election Commission on Thursday announced the postponement of the gram panchayat polls citing the COVID-19 pandemic was an "exceptional circumstance". The Congress party has dubbed the SEC's decision to defer the elections as "undemocratic" and threatened to challenge it in the court.

"The postponement of the polls is contravention of the Panchayat Raj Act 1993. The BJP government is trying to capture power in the gram panchayats by deferring polls and appointing administrative committees as they are afraid to face the polls. But, as per the section 8 of the PR Act, we cannot appoint committees without holding the polls. We will challenge this decision in the court. We have faith in the judiciary," said leader of the opposition Siddaramaiah.

"SEC has set a bad precedent by dancing to the tune of the ruling BJP," alleged Siddaramaiah, adding that his party will launch massive protests in the villages.

Earlier, the Congress delegation had urged the Election Commission (ECI) to either conduct the polls or allow the current members to continue for the next six months. The ECI stated that it had sought the opinion of all the deputy commissioners on the feasibility of holding the elections.

The SEC in a press release issued on May 28, 2020, has noted that it was preparing for the general elections to gram panchayats when the COVID-19 pandemic forced a total lockdown.

"The lockdown has stalled the electoral roll revision work too. Moreover, the Centre has issued guidelines under the National Disaster Management Act 2005 that calls for social distancing to effectively tackle the pandemic. As the conduct of elections requires the electoral roll revision, setting up of polling booths, and counting centres and involves a huge manpower including the election officers, polling agents, political parties, police among others, it poses danger to the common man during a pandemic by spreading of the virus. The district administrations too have been busy fighting the pandemic," said the release.

With the amendment to the section 5 of the Karnataka Gram Swaraj and Panchayat Raj Act on March 31, 2020, which has limited the reservation rota to five years from the earlier tenure of 10 years, the SEC is yet to work out the reservation matrix, it added.

Defending its decision, the SEC has cited the Supreme Court order in the Kishen Singh Tomar vs City Municipal Corporation, Ahmedabad case, where the apex court has observed that the conduct of polls during a man-made disaster leading to law and order situation or a natural disaster becomes difficult and hence should be considered as "exceptional circumstances".

"We have examined the feasibility of holding the polls during the COVID-19 pandemic and concluded that it is an exceptional circumstance. So, we have temporarily postponed the polls in exercise of the powers conferred to the election body under Article 243-K of the Constitution," it added.