Mobile internet has been suspended as the gunbattle rages on 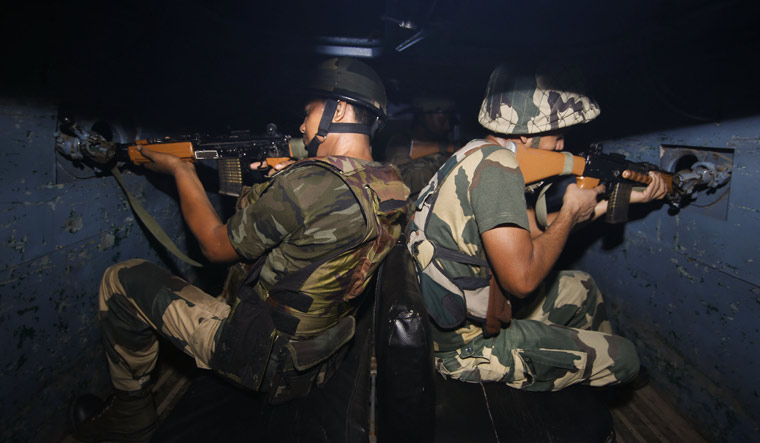 Mobile internet services in Kashmir were suspended on Wednesday after Riyaz Naikoo, a top commander of Hizbul Mujahideen terror group, along with another militant, was trapped in an encounter with security forces in Pulwama district. Naikoo is considered one of the most wanted terrorists in the valley. The Hizb is a terror group who is often linked to the Pakistani intelligence services, and whose stated intention is "merging Jammu and Kashmir with Pakistan".

The mobile internet has been suspended as a precautionary measure, they said. The gunfight started between militants and security forces in the Beighpora area of Pulwama district in south Kashmir, a police spokesman told PTI. "Police last night launched an operation on a specific input at Beighpora. Senior officers are monitoring it since last night," he said.

Indian intelligence agencies had dubbed Riyaz Ahmad Naikoo, a resident of Tokun in Awantipur, as the chief operational commander of Hizbul Mujahideen in Kashmir. He is a category 'A++' militant whose date of joining the agencies had put at December 2012. Reports have claimed he is a "tech-savvy" militant, capable of grabbing eyeballs.

Naikoo is often considered a soft face of the Hizb in Jammu and Kashmir, replacing Sabzar Ahmad Bhat who was killed by security forces in Tral in 2017. Bhat had, in turn, replaced the slain Burhan Wani as the operational chief in Kashmir. IGP Kashmir Vijay Kumar had earlier said, as reported by The New Indian Express, that, “If we are able to kill Riyaz Naikoo, Hizb would almost be wiped out from South Kashmir".

In 2018, after militant attacks in South Kashmir, Naikoo had reassured Amarnath Yatris that the pilgrims were guests of Kashmir and they need not worry about their safety. He had also asked for the repatriation of Pandits to Kashmir, assuring them safety and saying that the militants were not against them. In 2017, Indian security forces had killed Sameer Ahmed Bhat, alias 'Sameer Tiger', considered a main recruiter for the Hizbul Mujahideen, the brain behind several political killings, and the right hand man of Naikoo.