The attackers opened fire on a CPRF naka party 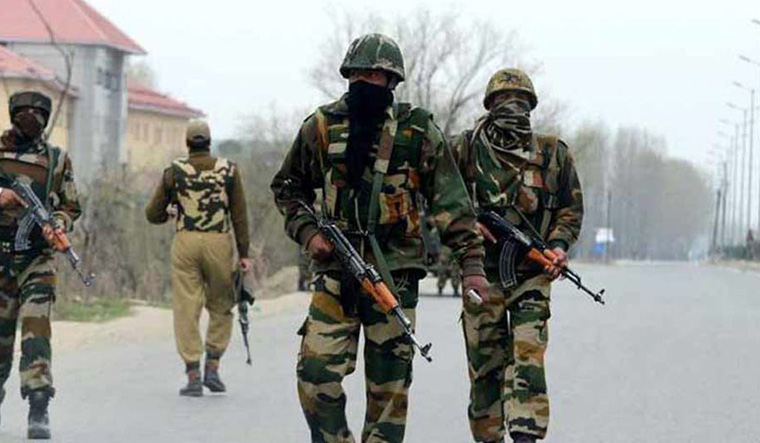 Three CRPF personnel were killed in a militant attack at Wangam, Handwara in Kupwara district of Jammu and Kashmir on Monday.

The incident happened at 5.30 pm when militants opened fire at a CRPF naka party, in which four CRPF men were injured. Three of them later succumbed to their injuries.

After the attack, a brief exchange of fire took place between the militants and the CRPF. After the shootout stopped, another body was found at the site of the attack.

CRPF sources confirmed to THE WEEK that three jawans were killed in the attack. “One body is lying there and we are trying to identify it. One injured CRPF man has been hospitalised,” they said. Reinforcements were rushed to the spot after the attack.

The attack came two days after the killing of five security men, including an Army Colonel, Major, a J&K Police Sub Inspector and two soldiers, by militants at Handwara on Saturday. Two Lashkar-e-Taiba militants were also killed in the encounter.

One of the militants was identified as a senior Lashkar commander from Pakistan occupied Kashmir (PoK).

This is third time since April 4 when the security forces have suffered a setback in an encounter with militants. On April 6, four Paras troopers (Special Forces) were killed in an intense hand-to-hand fight with militants in a gorge at Keran near the Line of Control (LoC) in Kupwara. The Paras were heli-dropped after Army isolated the militants into a gorge soon after they infiltrated from Pakistan occupied Kashmir (PoK).

This year, the security forces have killed 50 militants, mostly in south Kashmir. Thirty-four militants were killed since the beginning of the COVID-19 lockdown.