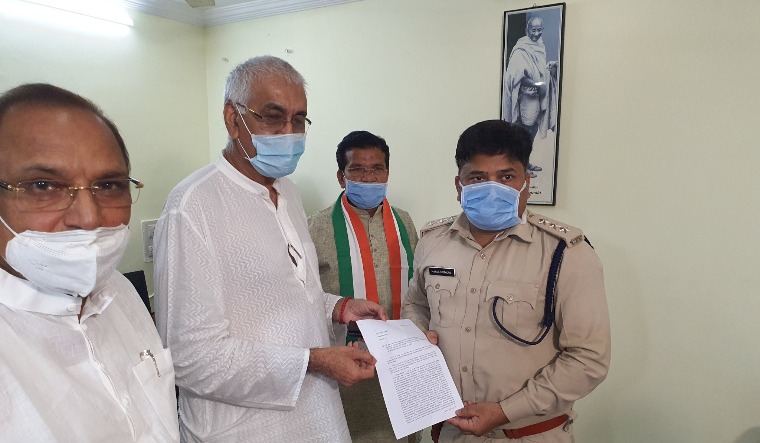 The Raipur police in Chhattisgarh on Wednesday registered two separate FIRs against TV anchor Arnab Goswami. One FIR relates to inciting communal hatred over the Palghar lynching incident in Maharashtra and another for spreading misinformation and fake news related to COVID-19 through his TV channel, Republic TV.

The first FIR was registered over separate complaints by Chhattisgarh Health Minister T.S. Singh Deo and Chhattisgarh Congress president Mohan Markam. They filed a complaint at the Civil Lines Police station that during a debate on Republic TV related to the Palghar lynching incident, Arnab Goswami made statements that were intended at disturbing harmony by promoting enmity between different communities in society.

The complaint said that the anchor used words and statements that allegedly led to inciting people for riots and spreading communal hysteria. Also his statements led to tensions between the Hindu, Christian and Muslim communities. During the same debate, the anchor also used derogatory words against Congress president Sonia Gandhi and made baseless allegations of communal nature against her, the complaints said.

Based on the complaints of Singh Deo and Markam, the Civil Lines police registered case under sections 153 A, 295 A (deliberate and malicious acts intended to outrage religious feelings of any class....) and 505 (2) of the Indian Penal Code (IPC).

Also, based on a complaint by Raipur district president of Congress Girish Dubey, the Civil Lines police registered another FIR against Goswami under section 188 of IPC for allegedly spreading misinformation and fake news related to the COVID-19 pandemic.

This complaint by Dubey was related to Goswami’s alleged misrepresentation of Congress leader Rahul Gandhi’s press conference on COVID-19 prevention where he spoke about need of ramping up testing for early detection of the virus. Dubey, in his complaint, said that the statements of Rahul Gandhi were misrepresented and used in a way to make the viewers and common people believe that testing was not at all important. Dubey said that this led to attacks by people on health survey teams and accompanying cops as they felt unnecessary tests were being conducted.

Dubey said in his complaint that spreading misinformation and fake news on the COVID-19 pandemic was a violation of guidelines of the Central and state governments under provisions of the Epidemic Act, 1897.

Meanwhile, Madhya Pradesh Youth Congress president Kunal Choudhary has also filed a complaint with the director general of police of Madhya Pradesh to register a case against Goswami for his statements allegedly aimed at inciting enmity between communities and starting communal riots over the Palghar killings in Maharashtra and making baseless allegations and defamatory statements against Congress president Sonia Gandhi. This complaint was also filed late on Wednesday evening.