He was discussing the Palghar mob lynching incident on Hindu seers 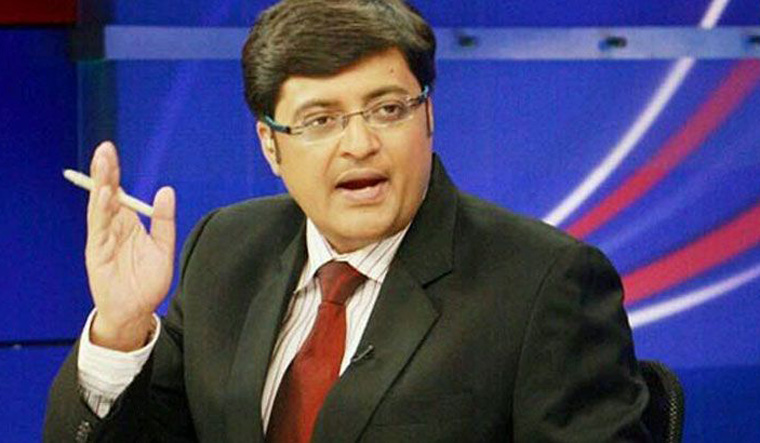 Arnab Goswami, the founder and most popular face of the news channel Republic TV, resigned from the Editors' Guild of India, accusing the organisation of hypocrisy in the aftermath of the Palghar incident, where two Hindu seers were mob lynched. In his popular primetime news debate, Goswami said this was not a case of "mistaken identity" and the intentions (behind the incident) "were clear".

“If this had happened in a state run by BJP, and, instead of Hindus, and let me be very direct about it, they were from any minority community, would [actor] Nasseeruddin Shah, Aparna Sen, [historian] Ramchandra Guha, [editor] Siddharth Varadarajan, and the award vapsi gang, would they have gone berserk today?”

“Shekhar Gupta, you hear it from me first. Whatever has been remaining of the credibility of the Editors' Guild of India has been destroyed by the abject silence on a series of fake news. It has become a self-serving organisation. I have been a member of the Editors' Guild for a long time. I, hereby, resign for absolute compromise of editorial ethics.”

On April 16, three men from Kandivali in Mumbai were going in a car towards Surat in Gujarat to attend a funeral. Their vehicle was stopped near a village in Palghar. The three were dragged out of their car and beaten to death with sticks by a mob on suspicion that they were thieves. It was reportedly done in the presence of police officials at the site. The deceased were identified as Chikne Maharaj Kalpavrukshagiri (70), Sushilgiri Maharaj (35), and their car driver Nilesh Telgade (30).

Even as the Akhil Bharatiya Akhara Parishad (ABAP) on Sunday condemned the killing of the men, two of whom were identified as Hindu seers, Maharashtra Home Minister Anil Deshmukh warned against giving any communal colour to the incident, as claims of involvement of members of a minority community in the incident started spreading on social media. Deshmukh said those who attacked and who died in the Palghar mob killings are not from different religions. "I have ordered Maharashtra police and @MahaCyber1 to take action against anyone instigating communal hatred in the society or on social media," he had said in a tweet.

The story will be updated with response, if any, from Editors' Guild of India.