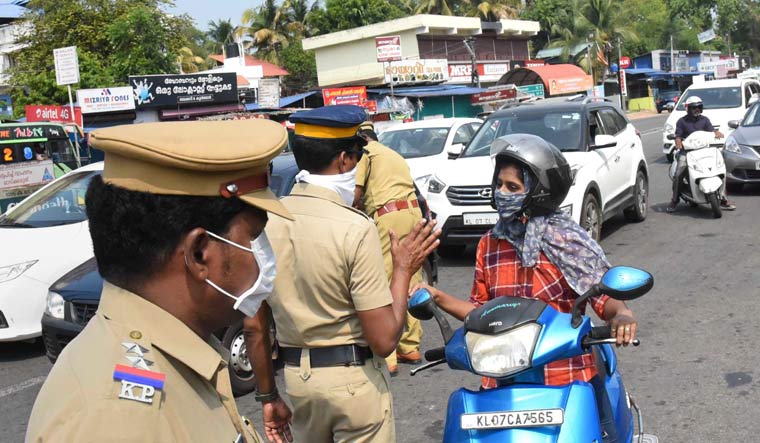 The Union Health Ministry has identified seven districts in Kerala as COVID-19 hotspots and drafted them in the 'Red Zone' category where the risk of coronavirus spread remains very high.

The districts in the list are: Kasaragod, Kannur, Wayanad, Malappuram, Ernakulam, Pathanamthitta and Thiruvananthapuram. The ministry has identified 170 districts across the country in the Red Zone. Hotspots are those districts which are reporting more number of cases or where the rate of growth of COVID-19 cases is high.

According to the ministry, Kozhikode is the only district in the 'Green Zone'. This means it is the safest district in the state. Addressing the daily briefing to provide updates on coronavirus situation in the country, Joint Secretary in the Ministry of Health Lav Agarwal said that states have been asked to classify districts witnessing higher number of cases as hotspots, districts where some cases have been found as nonhotspots, and those which have reported no cases as green zones.

Districts witnessing high number of cases or high growth rate of infections are being marked as hotspots; districts where some cases have been found as non-hotspots; and those which have reported no cases as green zones. Containment operation would be deemed over when there is no case reported in 28 days from an area after last case tests negative. Hotspots (designated red zones) will be assumed to be undertaking effective containment activities, if no case is reported in next 14 days (designated orange zones) will be deemed successful in containment, if no case is reported for 28 days (designated green zones).

"There is no community transmission in the country so far. What we are seeing is some local outbreaks and clusters, where cluster and outbreak containment strategies are being adopted," he said. The districts which have not reported any cases yet have also been directed to work on cluster containment plans, he said. In order to break the chain of transmission, focus needs to be on contact tracing, monitoring and clinical management. States have been asked to uniformly implement the containment plan in every district across the country, Agarwal said.