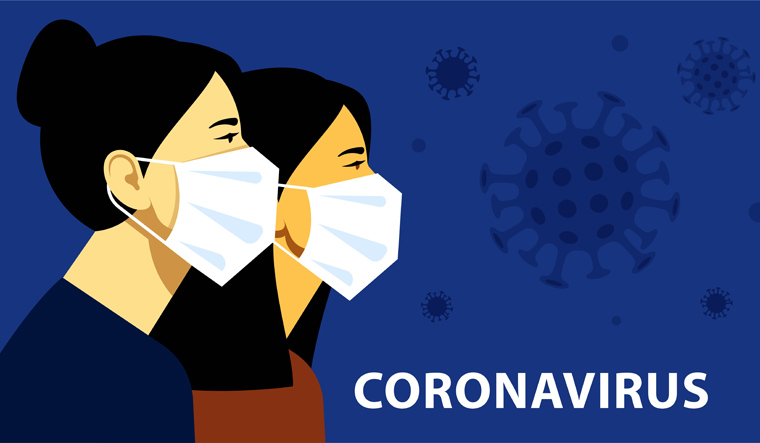 The coronavirus train is starting to pick up steam in India. The first COVID-19 case was reported on January 30, and as of April 6, the number of cases stands at 4,281. The rate of increase is roughly 34 per cent every 48 hours. It is to be noted that these are the number of confirmed cases; the actual number of cases is generally assumed to be six times higher.

The issue of testing remains a hurdle. Testing is a complicated process. There are two tests that work in different ways—the first test is for the virus itself, while the second test is for the body’s immune response to the virus, the antibodies.

The test for detecting the virus is called an RT-PCR (reverse transcriptase polymerase chain reaction). The test takes the virus's RNA. The reverse transcriptase allows a single strand of RNA to be translated into a complementary strand of DNA, and the PCR amplifies the DNA. The viral samples are obtained from the nose and throat of the patient. Once a novel viral infection begins, the genetic structure of the virus is first studied and tests are then made for the specific virus.

In India, testing is regulated through Indian Council of Medical Research. The test kit was initially imported, until Mylab Discovery Solutions in Pune developed the first kit in India and was granted approval by the Central Drugs Standard Control Organisation on March 24. They expect to produce at least one lakh testing kits a week, which should improve access to testing. As of April 4, as many as 70,000 people were tested at 132 state-run labs and 52 private labs. The US, meanwhile, has tested 1.9 million people.

The accuracy of the RT-PCR test is about 70 per cent—that is 30 people will have false negative tests (negative tests in infected patients), for every 100 tested. For the test to detect the virus, the sample should be collected properly, and the virus burden should be high enough. As expected, the asymptomatic, patients in the incubation period and those in the early stage of the disease have lower viral loads, leading to false negatives.

The second type of testing involves looking for antibodies to the virus. This will not only detect past infection, but also help doctors as the antibodies are being harvested and transfused into sick patients as an investigative treatment. If you already have antibodies, the current science says that you should be immune to further infection.

The Centers for Disease Control and Prevention now recommends using of face mask. The coronavirus is between 0.1 and 0.2 microns in size. The N-95 mask, if properly fitted, can filter out particles up to 0.3 microns, 95 per cent of the time. A surgical mask has a pore size of 20 to 25 microns. N-95 masks continue to be a precious commodity for health care workers. Many hospitals in the US are currently reusing the N-95 masks up to five times after UV sterilisation.

There is no definite treatment for COVID-19. Hydroxychloroquine and plasma therapy with antibodies are the most actively pursued therapies, with antiviral and anti-inflammatory drugs being tested in clinical trials. A vaccine is also being tested. The best treatment option is not to get the disease in the first place.

Dr Arab is chairman, department of medicine, and director, division of cardiology, at Florida Hospital Memorial Medical Center in Daytona Beach in the US