The militants had infiltrated from PoK into Keran five days back 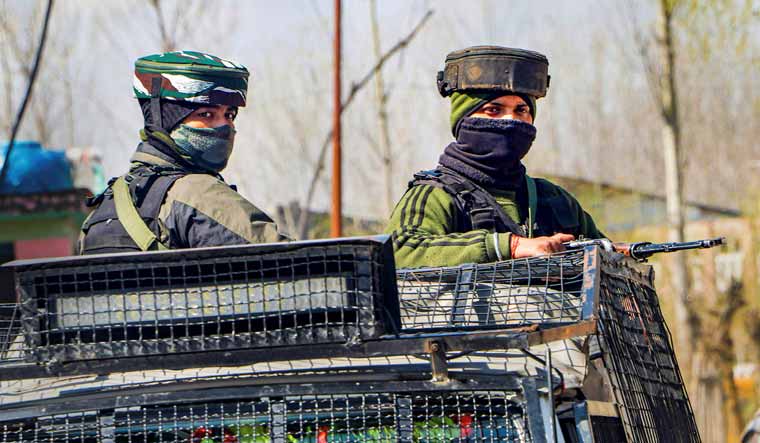 Five soldiers and an equal number of militants were killed as an encounter with a group of infiltrating militants at Keran in Kupwara ended on Sunday.

The militants had infiltrated into Keran five days back and since then the operation by the Army to neutralise them in the woods was going on.

According to defence spokesman Colonel Rajesh Kalia, the militants were infiltrators.

During the operation, three soldiers died initially while battling the militants and two others were critically wounded. They later succumbed to their injuries in the hospital. Most of the fallen soldiers were from the elite Para unit of the Army.

The soldiers not only had to battle the militants but also inclement weather. According to reports, the Paras were rushed on the fourth day of the operation on Saturday evening to Rangdoori, Guguldara and Teen Behak area of Jumgund. The operation was initially launched by 8 Jat unit after the militants infiltrated across the LoC on Wednesday. The Army quickly mobilised additional forces for scanning areas like Awaoora, Kumkadi, Zurhuma, Safawali, Batpora and Haihama.

It seems the militants chose the lockdown due to the coronavirus to infiltrate into Kashmir. However, the alert soldiers foiled their bid to reach the valley.