Going back to Nehru: Why secular nationalism is the only way to avoid balkanization of India 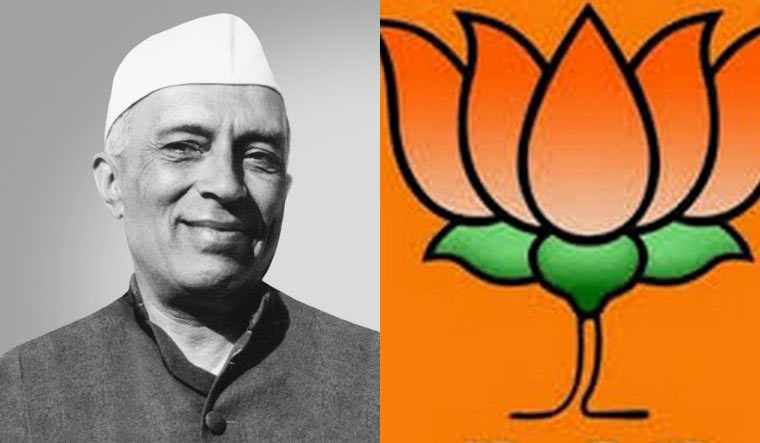 The Indian economy has been slowing down for the past few years. Unemployment is high; consumption and investment are falling. Recently, India’s fourth largest private bank went into a deep crisis, forcing it to limit cash withdrawals to Rs 50,000 a month. The ongoing global health crisis because of COVID-19 and weeks of locking down the entire country to stop the pandemic will worsen the situation further. Despite this grave economic situation, the popularity ratings of Prime Minister Narendra Modi and his government are remarkably high. What explains this paradox? Identity, a recent book authored by American political scientist Francis Fukuyama, could help in answering this question.

Thymos: The seat of identity politics

Fukuyama, inspired by the 19th century philosopher Georg Hegel, argues that human history is the tale of pursuit of human dignity. Fukuyama builds this narrative by talking of human soul comprising of three parts—'the desiring part', which seeks to fulfil basic needs of a person like food and water and other personal preferences; 'the calculating part', which counterbalances the irrational pursuit of desire with assessment about personal utility maximisation; and a third part of the human soul that craves for 'dignity'. Most economists would like us to believe that human beings are “rational utility maximizers”, motivated by the desire for material goods and resources.

While at one level this argument is true, but it is based on just two parts of the human soul. In other words, while human beings give primacy to economic issues, they also “crave positive judgements about their worth or dignity”. Thus, casting human beings in purely economic terms ignores the third part of the human soul that craves for dignity. Fukuyama, referring to Plato’s Republic, tells us that this part of the human soul is called ‘thymos’, which is the seat of today’s identity politics globally. Thymos can be expressed in two forms—'isothymia', the demand to be respected on an equal basis with other people; and 'megalothymia', the desire to be recognised as superior.

The story of the Indian Constitution: Triumph of isothymia over megalothymia

The story of most liberal democracies, including the Indian constitutional order, is the triumph of isothymia over megalothymia i.e. everyone is recognised as inherently equal as opposed to an order where a small number of elites are considered superior. Assuring the dignity of every individual is a core constitutional guarantee written in the preamble of the Indian Constitution. The Indian Constitution guarantees fundamental rights of equality, speech and worship to all individuals.

But keeping India’s multi-ethnic character in mind, the constitution makers balanced individualism with group identity by recognising a range of group-differentiated rights. These range from legal pluralism in personal laws for different religions; asymmetrical federalism whereby greater autonomy is provided to certain regions to respect sub-national identity; quotas in legislatures, government jobs and educational institutions for castes and tribal minorities; and recognising fundamental rights of minorities to establish and run their own educational institutions.

This idea of India as ‘unity in diversity’ is enshrined in the constitution. It embodies the value that while India should celebrate its diversity and composite culture, these multiple identities need to be tied together in one national thread based on a shared set of constitutional values – a creedal ‘Indian’ identity, which would act as a unifying force.

Formal equality or equality under law does not automatically translate into social and economic equality in practice. Those sections that historically faced marginalisation and discrimination either on caste, gender, language or religious lines, continued to face subjugation even after the Indian Constitution enshrining the liberal promise of dignity to all human beings came into force. This gave birth to several isothymia kind of identity politics of class, caste, sub-caste, language, region and religion in independent India, especially post 1960s. The Left and Left-leaning political parties and intellectuals championed such movements. This was understandable and necessary because of the lived experiences of these different groups. On the one hand, the quest of these movements was social justice and pursuit of dignity. On the other hand, these movements, by focusing on newer and more narrowly defined marginalised identities, led to the further fragmentation of the society.

The Left in India, like rest of the world, made multiculturalism an end in itself. However, this focus on multiculturalism, perhaps unconsciously, ignored the need of emphasising upon a creedal ‘Indian’ identity, which was taken for granted. The failure to make an effort towards developing a uniform civil code despite a desire to that effect being expressed in the constitution, the inability to systematically codify and reform Muslim personal laws despite the codification and reform of Hindu personal laws, the ever-increasing demand of different groups for caste-based reservations, attempts to appease religious orthodoxy especially among minorities for electoral gains etc are all examples of having taken identity politics too far, to the extent that it lost its laudable goal of isyothmia. So while Hinduism was criticised heavily, and rightly so, for caste-based discrimination, the Left, in general, was soft towards flaws in Islam. The Left eschewed use of national symbols such as national song, national emblem often equating them with Hinduism and state repression.

In other words, movements to demand same treatment for the marginalised as given to the dominant groups, while achieving some of its objectives, took a different form. Those pursuing identity politics wished to assert a separate identity for its members and demanded respect for them as different from mainstream society. In this pursuit of identity politics, the ‘unity’ bit in the ‘unity in diversity’ idea got compromised.

The rise of Hindu right

The decades of narrow identity politics created fertile grounds for the rise of identity politics of the political Hindu right, best embodied in the Hindutva project. The Hindutva project considers India as the fatherland and holy land of Hindus alone. While this religious idea of India has been around for close to 100 years now, it picked up momentum in a major way in last few years especially after Modi's victory. The excessive focus on narrower identities for several decades was used by the Hindu right to build a populist narrative that the Left and left-liberal elites, in alliance with religious minorities, are breaking up the country, dividing the Hindus, and conspiring to hold them down. The political Hindu right in India, like several right-wing populist leaders elsewhere, has been able to convince the members of the religious majority community that “your country is no longer your own, and you are not respected in your own land”.

Several members of the majority community believe that the current political Hindu right leadership in India will protect their identity. In fact, this quest to protect the Hindu identity has taken a megalothymian expression. The political Hindu right wishes to establish the superiority of the Hindu identity over all other identities in India. It also argues that since India is the fatherland and holy land of Hindus, the Indian national identity is synonymous with the Hindu identity. The Left’s continued portrayal of nationalism as a negative force, made it easier for the Hindu right to appropriate it and suitably tailor it as per its own ideological beliefs.

Going back to Nehruvian politics

This narrative on identity explains why despite a struggling economy, the popularity ratings of the prime minister and his government are largely unaffected. This megalothymian display of Hindu identity represents a variant of ethno-cultural nationalism, which is divisive and dangerous for India’s unity and diversity. It would trigger more narrower identity based counter-reactions from the other side.

The megalothymian identity politics can be defeated by going back to the kind of politics that Jawaharlal Nehru, India’s first and tallest prime minister practised. Nehru’s politics was implicitly informed by India’s civilizational values like pluralism, tolerance and syncretism. Nehru couched India’s national identity in terms of modernity and belief in shared values like individual liberty, equality of opportunity, secularism, scientific temper and so on. Nehru regarded India’s composite culture as its biggest strength. Yet, as a secular nationalist, Nehru fully recognised that separateness and fissiparous tendencies, whether of Hindus, Muslims, or others are dangerous and can lead to balkanization of India. Thus, Nehru threw all his weight behind this idea of India so as to cultivate an ‘imagined’ national identity based on shared values reflected in the Indian constitution.

The argument here is not India should become a melting pot where all identities are given up for one ‘creedal’ Indian national identity. But, it is important to keep in mind that taking sub-national or other social and religious identities too far would trigger strong reactions from others, as we are witnessing today, which would eventually undermine national unity. It would diminish building a “common national outlook”, as Nehru called, “to which other matters are subordinated”. The Indian constitution provides a template for striking a balance between national and other identities anchored in India’s civilizational ethos of pluralism, tolerance and syncretism. Left and the right need to go back to this constitutional vision.

Prabhash Ranjan is senior assistant professor of law at the South Asian University, New Delhi. The opinions expressed in this article are those of the author and do not purport to reflect the opinions or views of THE WEEK