Children should not be in the streets right now, they should be in shelters, it said 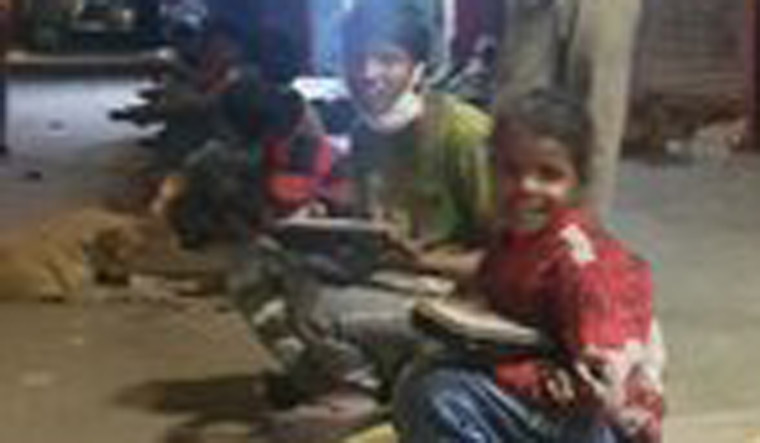 The National Commission for Protection of Child Rights reiterated its appeal to organisations and volunteers to stop feeding or distributing food to children on the streets. “Children should not be out in the streets right now, they should be in shelters. If organisations are actually concerned for the welfare of these children, they should report their presence on the streets to the authorities,'' Priyank Kanungoo, chairperson, NCPCR, told THE WEEK.

“Social media is full of pictures of people distributing food to children on the streets, this is very wrong,'' Kanungoo said. In a letter to the Delhi district magistrate on April 1, the NCPCR brought to notice a tweet by Save Child Beggar, an NGO, which uploaded pictures of street children being distributed food at various areas in Delhi, “which suggest that there are still many vulnerable children who need care and shelter along with food and other basic healthcare essentials,'' the letter stated.

“No child should be out, either alone, or with family,'' Kanungoo emphasised, and added that anyone who saw a child out should immediately contact the dedicated Childline number 1098 or write an email to cp.ncpcr@nic.in.

The NCPCR is also trying to get an idea of how many children were part of the migrant exodus and how many of these children are by themselves. “We have written to all the states to compile this data. However, given the present situation, it may not be so easy to get it soon,'' the chairperson added.

Children are a vulnerable group during the ongoing pandemic. Although it has been seen that mortality rates are higher among the elderly, specially those with comorbidities, street children are vulnerable because of their poor nutrition levels. Also, in the present circumstances, they are also vulnerable to a host of crimes that can be committed against them.

The women and child development (WCD) ministry, in fact, has urged parents to take into consideration the impact of the pandemic on the mental health of impressionable minds. It suggests limiting family exposure to news coverage, as children might misinterpret what they hear and get frightened. It also suggests put the news in context for their children.

Meanwhile, Childline has seen a spurt in calls ever since the pandemic started, from children who are quarantined or who feel they may be ill, and want more information.