When nature reclaimed its rightful space, thanks to COVID-19 lockdown

Also, with the lockdown, pollution levels are said to have drastically dipped 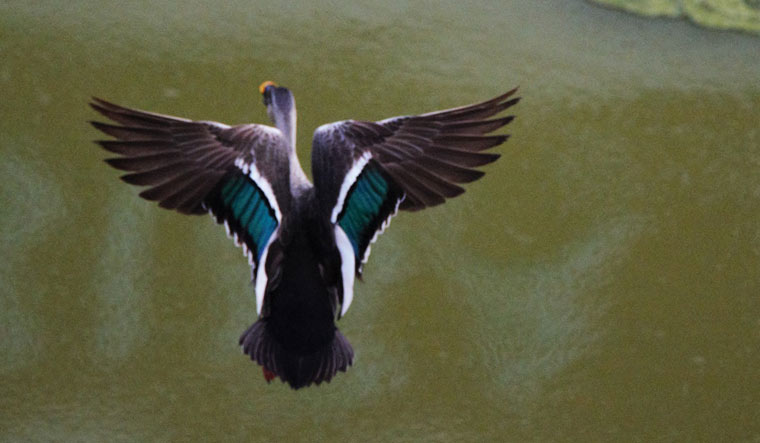 From his eighth floor balcony, which overlooks a bit of kikar forest, Gurgaon resident Prabhat Verma has spotted 30 species of birds in the last three days.

With human beings cooped up in their homes because of COVID-19 lockdown, in India and elsewhere, the fauna has come out to reclaim spaces from where it had been elbowed out.

While there are fake news doing the rounds on social media – the dolphin- and swan-sightings in Venice's waterways, for instance – not all sightings are fake.

Susanta Nanda, an Indian Forest Service officer from Odisha, shard a video on Twitter of turtles arriving at Rushikulya beach. “Away from the glare of the pandemic, our guests arrived by sea a bit late. The timing was perfect as lockdown ensured no disturbances,” he wrote. “Little less than eight lakhs have laid eggs till now, that's eight crore eggs at our coast.” The 'guests' Nanda was referring to are the famed but endangered Olive Ridley turtles, whose existence has been threatened by coastal development. Statistics say, for every thousand hatchlings, only one reaches adulthood.

The turtles come for mass nesting every season, but the lockdown period has given them more space and less disturbance.

At Jolly Buoy island in the Andamans, estuarine crocodiles come to the beach when they are closed for tourists, but withdraw when the tourists come back.

Gurgaon resident Prabhat Verma has become a “balcony birder” since the Janta Curfew on March 22. From his eighth floor balcony, which overlooks a bit of kikar forest, he has spotted 30 species of birds in the last three days, as well as a mongoose, a jackal and two Nilgai. “Step out on to the balcony and hear the chirping of the birds,” he says. He has spotted the long-tailed shrike, Indian roller, purple sunbird, shikra and the plump yellow-footed green pigeon, among others. These are all common birds of Delhi NCR region. In fact, Delhi is known to be the capital city with the second largest variety in birds after Nairobi.

Several other residents, too, are spending their time recording bird songs and posting in like-minded groups, asking others to guess the bird.

Kaustubh Srikanth from WWF India says that since humans are locked in, we are hearing more chirping around us. Also, with the lockdown, pollution levels have drastically dipped. “It is true that nature heals by itself when left untouched. But, it saddens me to realise that once the lockdown is over we will commence our daily routine.”

Sometimes, it is difficult to sift fact from fake. Dolphins being sighted off the coast of Mumbai is not a rare phenomenon. But when wildlife conservationist Darshan Khatau posted on social media a video of a pod of humpback dolphins off the Raj Bhawan at Malabar Hill, the video not just went viral, it was used in other posts, till it appeared that dolphins had been sighted everywhere, from Marine Drive to Breach Candy!