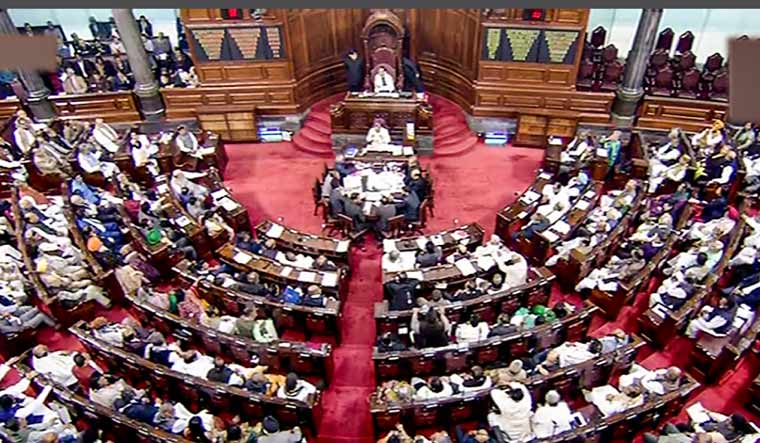 Naidu constituted a two-member Rules Review Committee in May 2018 for recommending changes to the current rules after examining the existing rules, practices, directions and rulings by the presiding officers of both the Houses

The Rules Review Committee has proposed 77 amendments to be made to the rules of procedure of the Rajya Sabha, besides 124 new rules for consideration. Rajya Sabha Secretary-General Desh Deepak Verma briefed the General Purpose Committee of the house regarding these proposals on Wednesday.

The review seeks to impart clarity to several ambiguous provisions of the present rules, besides incorporating certain directions given by the chairman. The review also seeks to address certain eventualities not envisaged earlier, such as voting and division when the house is not in order.

The meeting was chaired by Rajya Sabha Chairman M. Venkaiah Naidu. Leaders of 23 parties in the upper house attended the meeting. Naidu had earlier desired a comprehensive review of the existing rules, particularly which seem to be inadequate with the passage of time and require  amendments.

After coming into being in 1952, the Council of States had adopted the Rules of the Legislative Council that had been in existence earlier, till regular rules came into force from July 1964.

The GPC has so far submitted 13 reports based on which the present rules were amended from time to time. The present review undertaken is the most comprehensive since 1964.

Naidu constituted a two-member Rules Review Committee in May 2018 for recommending changes to the current rules after examining the existing rules, practices, directions and rulings by the presiding officers of both the houses. The committee also took into consideration suggestions and views expressed by the chairman, deputy chairman and members of the house, as also the best practices in comparable Parliaments of other countries.

Currently there are 303 rules regarding various aspects of the functioning of the house. The amendments to the existing rules and new rules on being approved by the Rules Review Committee will be incorporated without disturbing the present numbering.

The next meeting of the GPC will be held after the second part of Budget Session of Parliament for a detailed consideration of the proposed changes.