Ready to field candidates from all seats against PDP and NC, says leader Mir Junaid 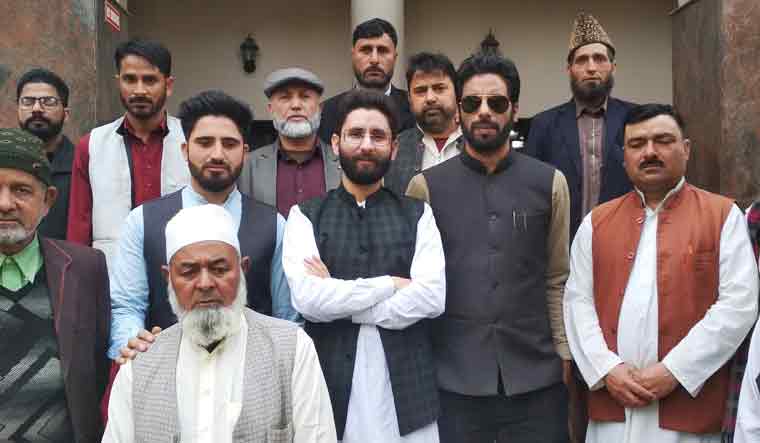 Kashmiri youth leader Mir Junaid, who has the support of newly elected panch, sarpanchs and block development council leaders to form the new political front, said on Wednesday the party was ready to field candidates from all seats to give a fight to the PDP and the National Conference, who he feels have lost credibility in the post Article 370 J&K. “If the elections are held in one month, we are ready to fight the elections and we will win. We request the government to fast track the delimitation process,” Junaid said.

According to the Jammu and Kashmir Reorganisation Act, 2019, the number of seats in the legislative assembly of the Union Territory of J&K shall be increased from 107 to 114. Of these, 24 seats are in Pakistan-occupied Kashmir. So essentially, it is expected that the number of seats  may go up form 83 to 90.

While the formal launch of the party is yet to be made in J&K, the panch and sarpanchs, alongside Junaid, have already started meeting the political leadership in Delhi to press the demand for complete statehood for the Union Territory as well as push developmental projects.

Interestingly, attempts to fill up the political vacuum in Kashmir has already seen the emergence of the proposed Third Front, led by a former finance minister Altaf Bukhari, who along with a group of eight PDP rebel leaders, has hinted at the need for a "new political formation" in J&K. While it is being speculated that the BJP government is backing the third front formation, the Junaid-led front has already reached out to the government with the message that they are the real grassroots leaders and any front parachuted from New Delhi will face a credibility crisis.

Junaid dismissed the Third Front accusing it of political opportunism even as he blamed the Mufis and Abudullahs for the present state of affairs in Jammu and Kashmir. He said the common man is living today in "fear psychosis" imposed upon him with a three-way assault by Pakistan-sponsored terrorism, Hurriyat and the local political leadership, whom he claimed are to be blamed for the existing political, social and developmental crisis in J&K.

Making the pitch for the J&K Workers Party, Junaid said, of the 2,774 candidates fielded by them in panchayat polls, 2,368 won, of which 712 are women. In the BDC polls, he said they fielded 138 candidates of which 116 won and the municipal council polls saw 138 victorious candidates of 245 from 26 town committees.

While these sarpanches had earlier met Home Minister Amit Shah demanding security and increased remuneration for the local leaders, Junaid, accompanied by local leaders from Tangdhar—the first constituency listed by the Election Commission in the J&K assembly—this time, met Minister of State for Home Kishan Reddy, Minister of Personnel, Public Grievances and Pensions Jitender Singh and Road transport minister Nitin Gadkari. The concerns are aplenty and the demands unfulfilled.

Abdul Hamid, a sarpanch from Tangdhar, said their salary is Rs 2,500 and there was an urgent need to empower the locally elected leaders, who neither have a proper set up nor wherewithal to address the needs of the local people. He feared this could lead to alienation if the 3-tier panchayati system being put in place does not get the required attention and support of the Central government.

Another local leader Riyaz Ahmed said none from the team of 36 Union ministers who visited the valley came to Tangdhar, despite their appeal to the Central government.

Junaid demanded that the internet facilities be restored in J&K. He also sought more focus for "Back to Village" programme to empower panchayats. In the memorandum of demands given to the Central government, the Tangdhar representatives demanded construction of Sadhana tunnel, ALC certificate for residents of actual Line of Control for reservation in educational and professional institutions, creation of individual bunkers in all forward areas to minimise loss of lives, full statehood, detailed roadmap for rehabilitation of Kashmiri pandits, inclusive education system, improving healthcare facilities, introduction of metro transit system, expanding rail facility, creation of a department of rural economy under the jurisdiction of the panchayat to work out and design plans for enhancing trade between different panchayat zones, and establishing samajik panchayat comprising elderly men and women who have been known for their contributions to the society.

While these demands of the proposed new political party in J&K has voiced the long-pending concerns of the people, it remains to be seen how these emerging leaders are able to not only garner support of the masses, but also build credibility and individuality amidst suspicion among local people in J&K about the politics being played in the UT.

While Junaid says they will not be averse to the idea of building a political alternative with BJP if the need arises, the voter in J&K will make the  ultimate decision on whether the time has actually come to vote out the Abdullahs and Muftis or they would want to give them a chance to bounce back to bring stability in a post Article 370 Jammu and Kashmir