Renukacharya said in his taluk, money allotted for Muslims can be used for Hindus 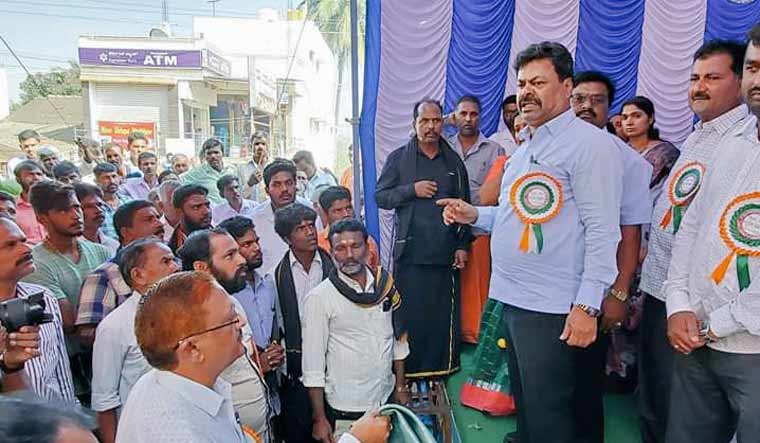 Karnataka CM BS Yediyurappa's political advisor Renukacharya attacked Muslims at a rally convened in support of the Citizenship Amendment Act (CAA). The BJP MLA referred to Muslims as traitors who sit in Mosques and write fatwas. “what's there in the masjid? Do you pray? Instead of praying, you collect weapons. Is this why you want a masjid?” said the politician who has been known to shoot off his mouth.

He further said that he will put Muslims in their place and that if they (Muslims) continued like this, "I will resort to such politics in my taluk where the money allotted for Muslims can be used for Hindus. I will put you (Muslims) in your place and show what politics is."

It is highly unlikely that BJP top brass will comment on such a remark. However, it seems likely that Congress could take some action.

Recently, BJP MLA Somashekar Reddy made a comment of sensitive nature. Targetting Muslims he said, "If you do any drama, then if 100 per cent people come, understand what will be your situation. Congress people are lying to you, believing them you are coming on the streets. We are 80 per cent, you are 17 per cent if we react, what will be your situation? Be careful."

On January 6, the MLA drew flak for driving a Karnataka State Transport bus for more than 50km after flagging-off a new KSRTC bus in Honnali town.