The Tribunal felt that imposition of section 144 was totally 'unwarranted' 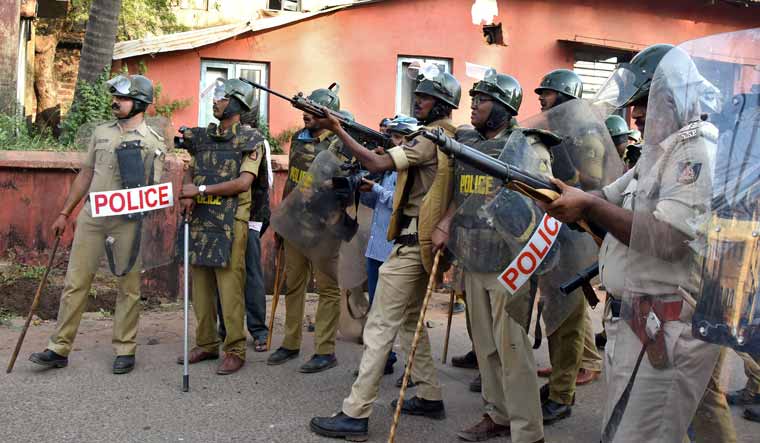 People’s Tribunal, a civil society initiative has demanded a judicial inquiry into the police firing in Mangaluru on December 19, 2019, after an anti-CAA protest turned violent. The inquiry by a judicial commission will give greater opportunity to find out the truth and also give greater confidence to the people, observed the Tribunal.

On the day of the protest, greater harm was caused to civilians and innocent people, who had nothing to do with the protests. The families of the two people who lost their lives need to be “protected and adequately compensated” — said the Tribunal, which is part of ‘Listening Post’ initiative organised by Indian Social Institute, Bangalore, Association for Protection of Civil Rights – Karnataka and the Samvidhaanada Haadiyalli. The Tribunal comprising retired Justice V Gopala Gowda, BT Venkatesh and Sugata Srinivasaraju held public hearings on January 6 and 7 in Mangaluru to document the incident and its aftermath.

The Tribunal felt that the imposition of prohibitory orders (CrPC section 144) was totally “unwarranted” and the order by Mangaluru Police Commissioner Dr P.S. Harsha made on December 18 evening was not effectively communicated to the people. Even the permission granted for the protests prior to the imposition of the prohibitory orders was revoked but the same was not communicated to the parties concerned.

The civilians suffered the most due to indiscriminate lathi-charge and police firing, claimed the Tribunal adding that the testimonies of victims showed there was a complete abdication of responsibility of police present at the site of violence.

The police are guilty of not complying with the code of conduct of the Karnataka State Police Force, as provided in the Karnataka Police Manual. The main responsibility of the police was to uphold the rights of citizens. The police officials must respect the limitations of their powers and functions, the Tribunal reminded.

The Tribunal report states that the victims and eyewitnesses and former mayor Ashraf and Afnan, who was injured in the incident have alleged that the police authorities used communal slurs and deplorable language to provoke the protestors. The police, which cited an alleged attack on MM Kini Rifle Shop and Bunder police station to justify the use of extreme force, have however not furnished details and CCTV footages of the two events. The deliberate use of force against the journalists even after establishing their identity exposes the malafide use of coercive power of the state to intimidate the press. The Highland Hospital authorities have stated tear gas was used within the hospital premises too.

Condemning the “extreme use” of force, the Tribunal remarked that the police action was in contrary to the Article 2 of The Code of Conduct for Law Enforcement Officials, that states that they must respect human rights and uphold human dignity at all times. “Proportionality is important in the use of force in the context of policing unlawful assemblies. It is imperative that extra-judicial killings are thoroughly investigated. The Supreme Court in the case of People’s Union for Civil Liberties versus State of Maharashtra and Others has laid down guidelines to ensure independent investigation of such killings,” it stated.