Remembering Panipat: Blackest day in Indian history and what we can learn from it

Divisions of caste, and creed and religion all conspired to bring about this defeat 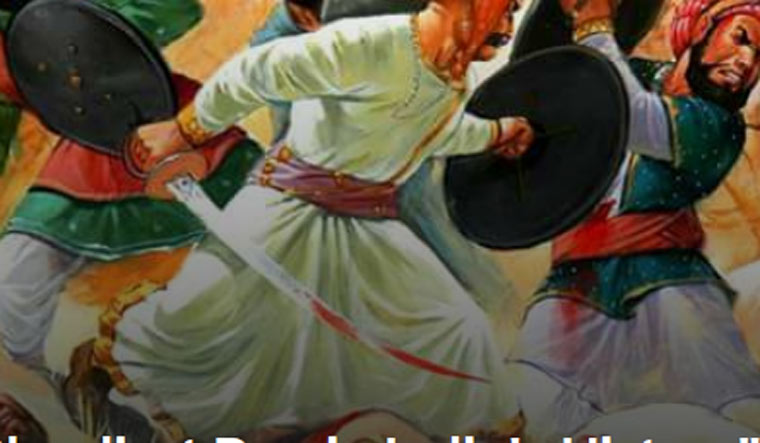 January 14, 1761, is known as the ‘the blackest day in Indian history'—a day when more than 40,000 Maratha warriors fell on the field of Panipat, and more than 20,000 others, mostly women and children, were taken as prisoners. It was a day that changed the course of Indian history and shaped its contours irrevocably.

The battle between the Marathas under Sadashiv Bhau and the Afghans under Ahmad Shah Abdali is often painted as a religious battle. This is far from true. It was actually a political war between the two powers of the time—the Marathas and the Afghans. The Marathas had arrived at their zenith by 1760, reaching as far in Attock in the west and Calcutta in the east. Its rise was a direct threat to Abdali and created resentment among the local rulers of north India, especially because of their imposition of the levies of ‘chauth’ and ‘sardeshmukhi’. The Rohilla Afghan chiefs of north India, led by Najib–ud-Daulah, invited Abdali, to come to India and wage a ‘jehad’ against the Marathas—an offer sweetened with a promise of Rs 50,000 per day of his stay in India and further plunder to follow.

Abdali’s presence in India was a threat the Marathas could not ignore. In March 1760, a large army under the Peshwa’s cousin Sadashiv Bhau marched northwards from Udgir in the Deccan to counter him. It seemed like a large, impressive army, but of the nearly 60,000 men in it, only 30,000 were trained soldiers. The rest were non-combatants and women and children. They were ill-equipped and short of finances, horses and gunpowder, and dependent on loot and local resources to sustain themselves in their northward march.

The army meandered its way towards the north, reaching Delhi on July 22, 1760. Delhi, then held by the vestiges of the Mughal Empire, was captured in three swift days, and for the first time the Maratha flag was unfurled on the Red Fort. They followed their capture of Delhi with an even greater victory. In October, they moved north and captured Kunjpura—one of Adbali’s major strongholds on the banks of the Yamuna. All this time, Adbali and his allies had remained on the east of the Yamuna river (near Meerut – Saharanpur) while the Marathas were on the west. The river divided the two armies, and no direct clash had taken place so far. The river was flooding and couldn't be crossed. Or so it seemed.

With the capture of Kunjpura, the Marathas should have returned to their base in Delhi. Instead, Sadashiv Bhau moved further towards Kurukshetra, leaving Yamuna unguarded. The move proved to be fatal as Abdali launched an assault that changed the course of the campaign. He crossed the swollen Yamuna on the night of October 26 and reached behind the Marathas, blocking them from their route back to Delhi and Deccan beyond.

Cut off, Sadashiv Bhau decided to hold a fortified camp near the town of Panipat—a camp they occupied for almost three months thereafter. They waited for the inevitable attack, but Abdali did not attack. Instead, he merely cut off their supplies, starved them, and depleted their strength with almost daily skirmishes. Conditions worsened for the Marathas. Men and animals lay dead outside. Illnesses spread and a cholera killed hundreds. And the north Indian winters, which nobody was prepared for, was creeping in.

There were no supplies left, and the Marathas were weakening by the day. Negotiations with Adbali had broken down and with little hope left, the Maratha chieftains decided on a final attempt to break out of their encirclement rather than be starved into submission. On the auspicious day of Makar Sankranti, the last of the food was distributed, ceremonial paan was served and the army prepared for its final battle.

The Maratha plan was to advance in a ‘hollow square’ with women and children within, and then fight their way through the Afghan lines to Delhi. On the morning of January 14, 1761, they began a fierce cannonading. In the morning, Ibrahim Khan Gardi—a Muslim mercenary who proved to be Sadashiv Bhau’s staunchest supporter in the battle—attacked with seven battalions on the left flank. In the Center was Sadashiv Bhau, leading the attack with his famed Huzurat cavalry. On the right flank were the chieftains Scindia and Holkar, who were to attack after the initial breakthrough was made. The attack, launched with fierce desperation, hit the Afghan lines, which wavered and then gave way.

At around noon or so, the Maratha left flank and centre attacks had penetrated the Afghan lines, but short of cavalry and reserves, they could not exploit the breach. Abdali, watching the scene with high powered telescopes from a hillock around two kilometres behind the lines, shrewdly assessed the situation. He sent his military police to round up the fleeing soldiers, executed many of them summarily, and forced them back to the front lines. He also sent his reserves to bolster the crumbling lines, and slowly the Afghan front line reformed.

By around 2 pm, the Maratha attack had stalled. Sadashiv Bhau led three successive charges to break the Afghan lines, but none of the succeeded. Inexplicably the right flank with Holkar and Scindia did not attack as they were supposed to. They remained behind, opening a wide gap on the right of the Marathas. Through this gap Abdali launched his attack, encircling the Marathas and trapping them in a tight knot within.

As the Marathas battled desperately, Afghan horsemen and zamburaks (camel units mounted with swiveling light cannons) ranged around them, fired lethal volleys of shot. One of these rounds hit Vishwas Rao, the Peshwa’s son, who was also the titular head of the campaign. Mortally wounded, he fell from the elephant. Seeing their leader fall, the Marathas broke and began fleeing the battlefield. What followed was carnage. The vengeful Afghans scythed through the weakened Marathas, killing over 40,000 of them. They charged into the Maratha camp, slaughtering those who remained and enslaving the women and children. Just a handful managed to reach Delhi and fewer still made their way back to the Deccan.

The battle was perhaps India’s greatest military disaster and the darkest day in our history. Who knows what would have happened had the Marathas won, or if they had not ventured out so far from their own homeland without resources or allies. The British East India Company would not have been able to make inroads so easily if Maratha power remained and India would have been spared 190 years of loot and depredations. What if the Rajputs, Jats, Sikhs, Shuja-ud Daulah and other Indian rulers joined the Marathas in their battle against the outsider. But the sad fact is, they did not. Indian rulers, including the Rajputs, actually invited Abdali to their homeland to defeat the Marathas. He merely exploited the divisions within and walked off with the spoils.

There is a tale about this battle. When the Marathas were besieged at Panipat, short of supplies and provisions, Abdali would ride around the camp every night. He noticed hundreds of small cooking fires and asked an aide, “If the Marathas are so short of food and firewood, why don’t they just cook the food together?” The aide replied, “They have a strict caste system. A member of an upper caste will not eat with a lower caste or have food cooked by him. That’s why.” Abdali watched the flickering fires and said, “Is that so? Then we have won.” The divisions of Indian caste, and creed and religion all conspired to bring about this defeat.

Panipat was lost by the divide within India and Indians. The politicos of the Maratha court conspired to send Sadashiv Bhau to his defeat. In the Maratha army there were dissensions, with chieftains often coming to blows. Many of the Maratha allies backed out at the last moment (in part due to the arrogance and obstinacy of Sadashiv Bhau) and so many Indian rulers conspired to defeat them. The same divisions exist in Indian society and polity even today and the chasm only seems to be widening. Are we to learn from the past or will we have another ‘Panipat’ moment when the divisions break us from within and repeat the disaster that took place on January 14, 1761 and the long night that followed.

(Ajay Singh is a renowned author and military historian who has authored four books and over 170 articles. Views expressed are personal)